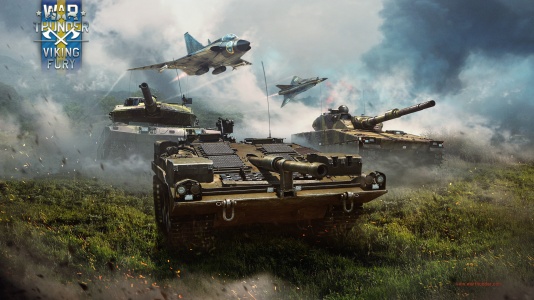 Update 1.97 "Viking Fury" (changelog) was introduced on 16 March 2020. This update is notable for the introduction of the Swedish ground tree, and new aviation mechanics.

New mechanics for pilots: Ground Target Search Radar, flares and Automatic Correction for Target Marker (ballistic calculator). All the described mechanics are being implemented for those vehicles which they were actually used in real life by taking into account the peculiarities of each particular system.

We want to thank you for correctly creating bug reports! Below you will find some of the bug fixes that were possible with your help. You as usual, continue to assist us to make War Thunder better!