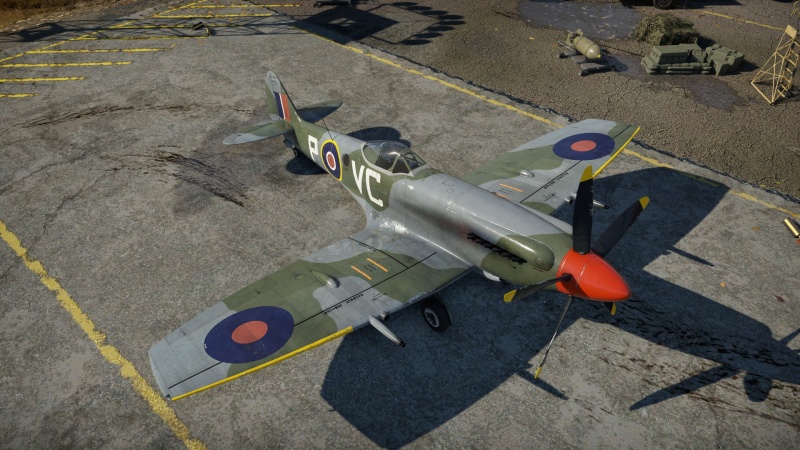 Prendergast's Spitfire FR Mk XIVe is a premium gift rank IV British fighter with a battle rating of 5.3 (AB/SB) and 5.7 (RB). It was introduced as a premium pack in Update 1.49 "Weapons of Victory" and was removed from the store after the 2018 Independence Day Summer Sale. It has been made available again for the 2018 "Royal Air Force Centenary", the 2020 "80th Anniversary of the Battle of Britain" events, and the 2021 May sale. It has also been available in-game for Golden Eagles

The plane is painted after the camouflage scheme of the plane Canadian pilot James Prendergast used in the No.414 Squadron of the Royal Canadian Air Force, flying reconnaissance and ground attack missions over Europe before the Allied invasion of Normandy on D-Day. 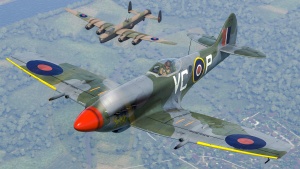 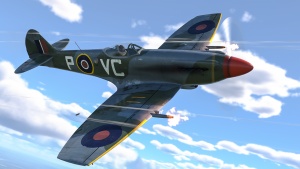 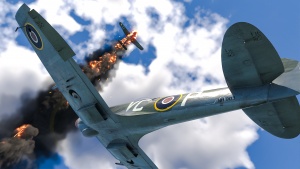 Make sure to climb every match, better off having too much energy than too little.

When faced with an enemy of lower "E" (energy) state at equivalent altitude, zoom climbing and diving is incredibly effective. This can even be effective vs. the infamous Yak 3P.

Rope-a-dope and scissors make good defensive tactics; lowering throttle may be needed to compensate for the lack of flaps. Also using the high roll rate and decent turning can throw off an enemy's aim but will cost you some speed.

Conserve ammo! Use your MG's to conserve cannon ammo whenever possible.

Head-ons are possible but not recommended due to the fragile engine, a better tactic is to fake a head-on but use your roll and turn speeds to dodge the enemy. However, Hispano cannons are very effective due to their lack of tracers, high velocity and damage.