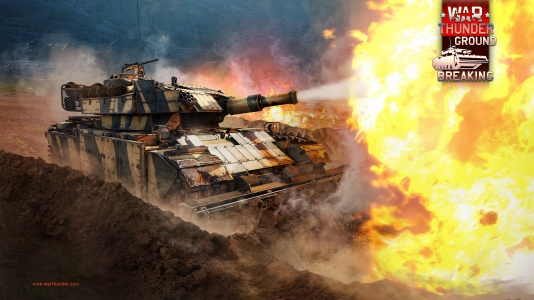 Update "Ground Breaking" (changelog) was introduced on 28 October 2021. This update is notable for the introduction of physically deformable terrain and the first Israeli aircraft.

Terramorphing mechanics has been added. Terrains and soils now interact with caterpillars and dozer blades of tanks, bombs and rockets explosions leave craters of the terrain surfaces.

Please note! The changes listed below relate to the stat points where players are sorted in the respective in-game menus, and do not affect Silver Lions and / or Research Points earnings for the mentioned actions.

Changes to the scoring with statistics points

Changes in the calculation of the statistic points

Changes to the calculation of the statistics points

We raise the BR bar to 11.3 for the extremely effective MiG-23MLD and F-4EJ Kai aircraft to avoid or reduce the possibility of encountering aircraft of the lower BRs.

Balance changes in the fire rate (shots per minute)