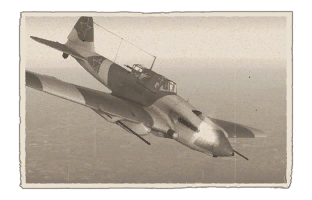 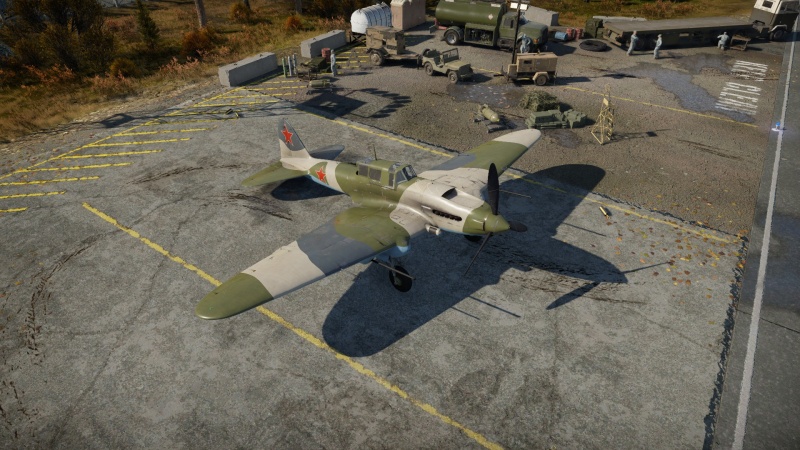 The IL-2-37 is meant for swooping down and taking out tanks with its dual 37 mm NS-37 cannons. It does a fairly decent job at doing so, it is recommended to dive at a high angle and shoot the top of the tank to set them on fire or kill the crew.

The IL-2-37 can be outfitted with the following ordnance:

Being a true attacker, it should head straight to its target immediately as the battle starts.

The gunner is extremely powerful and accurate even before upgrades, it is not uncommon to get three or more gunner kills in one game. Take advantage of the fact that many enemies will approach the aircraft from straight behind, so switch to gunner view and just aim for the cockpit of the enemy plane attacking the tail. Use the Armoured targets belt for the gunner, as they feature a cement-core round capable of penetrating through most bulletproof glass, engine casing, and armour.

The IL-2-37 comes with a pair of 37 mm guns, each with 50 rounds loaded. In tank battles, dive from above and attack targets through their more vulnerable roof. In air battles, come from the side or back as enemies are usually travelling in a straight line. Set a gun targeting distance of no less than 500 m so the IL-2-37 can pull out of the fray once it passes over. When the enemy is in sights, fire once and see if the shots hit and kill the target. If it doesn't, fire again, and pull out of the engagement if the target was not destroyed in the two volleys. Go around for another pass or focus on a new ground target in the IL-2-37's flight path.