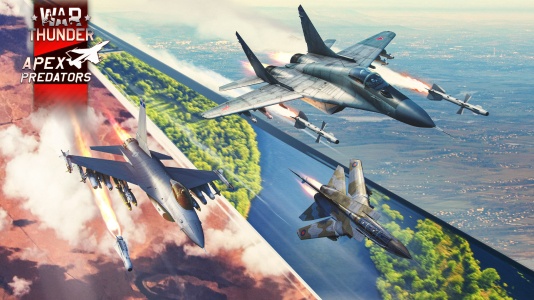 Update "Apex Predators" (changelog) was introduced on 20 December 2022. This update is notable for the introduction of rank VIII aircraft.

Now in a naval battle you can hear three different roles for your naval vessel: Commander, Officers and Sailors. The first one gives orders for running of it and its weapons. The Officers and Sailors will report on the situation in the surrounding waters and the vessel's condition. Enemy detection, their type, direction and distance, your firing results, and more will now be voiced by appropriate reports.

Damage reports, fires or floods, dangerous heeling and broken mechanisms will allow you to not miss anything important and start repairs in time.

Different intonations that depend on the situation and the intensity of the battle, will help to immerse yourself in the atmosphere of sea battles!

When the enemy is distant and your vessel is in no danger, your crew reports and orders will be calm and focused. But when the enemy is near and shots and explosions are thundering all around, it would be difficult to keep a calm tone of voice!

We remind you that the language of the crew's speech can be selected in the game menu: one for all nations or the unique national one.

The U.S. and British navies still use a single voice option (British), but in the near future the US Navy will get its own unique voices.

This is the beginning of a major sound update in naval battle which will be expanded and improved with future updates.