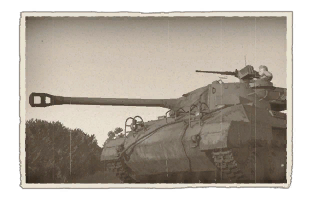 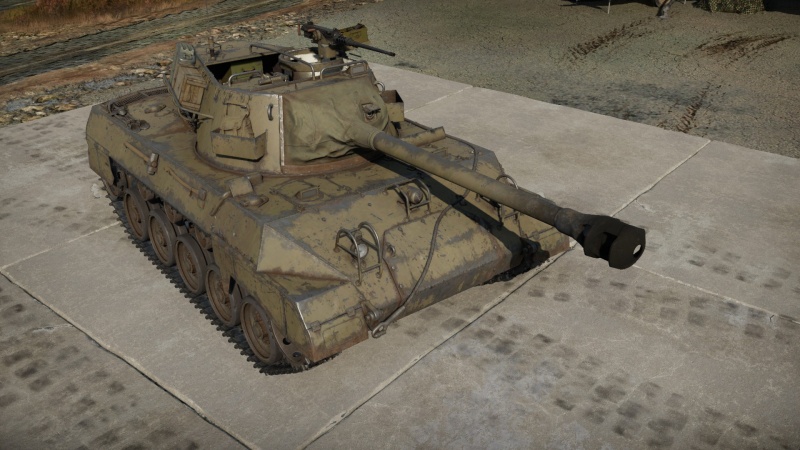 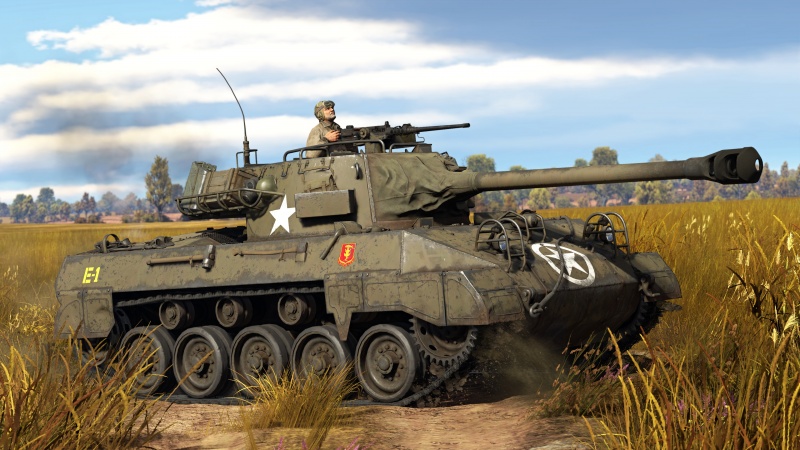 The M18 Gun Motor Carriage, also known as the M18 GMC, is a rank III American light tank with a battle rating of 4.7 (AB/SB) and 5.7 (RB). It was introduced in Update 1.49 "Weapons of Victory". It was categorized as a tank destroyer since its in-game introduction, but it was recategorized as a light tank during Update "Ixwa Strike" on 7 May 2021.

The M18 "Hellcat" compensates the lack of anti-tank capability on U.S vehicles by having access to a 76 mm gun with APCR ammunition, all in the battle rating of 5.7. This makes the M18 able to fight off many of the high-ranking vehicles it could face like the Panther D, Tiger H1, KV-1, KV-85, IS-1 and IS-2.

The main weak point of M18 is its very thin armour, a feature that actually allows the M18 to reach its high speed. The thin armour makes it possible for any enemy tanks to penetrate the vehicle. A single hit would destroy many critical components in the M18 or cripple the crew. The only saving grace with this extremely thin armour is that standard AP rounds may over-penetrate the armour, doing minimal damage to the internals. Thus, when facing the M18, it's best to use AP rounds with explosive fillers or HE and HEAT rounds while avoiding usage of pure AP rounds and APCR.

As with every ground vehicle, Parts and FPE are an absolute top priority. Following that, depending on player preferences, one of 3 should be researched: Horizontal Drive (close-range, flanking), Suspension (medium-range) or Adjustment of Fire (long-range of a typical engagements). Following this the goal is to get rank IV mobility improvements in order Filters -> Engine -> Transmission. On rank III, along the way, the Crew Replenishment should be prioritized, as its an open-top vehicle, so it will suffer significant causalities from enemy airplanes. If your preferred engagement range is above 700 m then the Elevation Mechanism should be researched. Otherwise: Mobility upgrades are the most important, shells are the lowest priority, as even the situational advantage of the M93 shot is not worth researching over improved mobility, or even accuracy.

Ammo racks of the M18 GMC