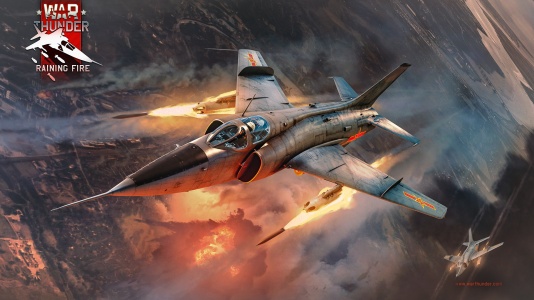 Update "Raining Fire" (changelog) was introduced on 2 September 2020. This update is notable for the introduction of volumetrically-modelled shells and semi-active radar homing (SARH) missiles.

Changes in the historical aircraft missions:

> Click here for more information on the MBT modification <

Changes to protection parameters of the American and Soviet MBTs

For turrets of Soviet MBT’s, the protection values ​​in the sector of course angles ± 30° from the vehicle axis are used; this means that when a tank gets hit from these angles, protection is provided at a minimum as indicated. In the case of hitting from a course angle of 0°, the protection might be noticeably higher than that indicated and strongly depends on the point of impact on the turret.

For tanks of the M1 series, the protection is indicated separately for the left and right sides of the turret due to their different inclination angles. It is assumed that, structurally, the turret ‘cheeks’ and lower frontal hull armor plate represent the same obstacle, installed at different angles. Because of this, the equivalent protection of the lower front plate is set slightly higher than that indicated for M1A2 in the publication "Stridsfordon idag och imorgon. Ett föredrag om Svenskt Pansar med utgångspunkt i historien".

These changes are not final and may be clarified and revised further in case of new documentary sources.