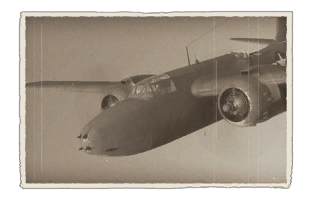 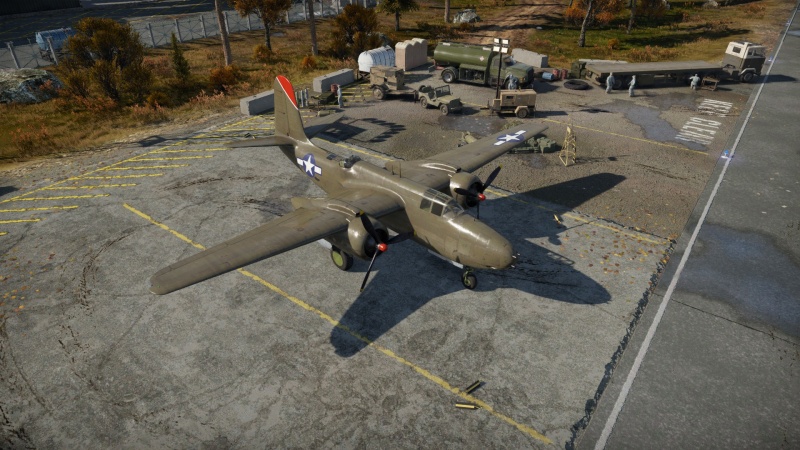 Yak-2 KABB: Do not think that the A-20G-25 can confidently out maneuver this plane just because it is twin-engined. The Yak-2 has an amazing turn rate for a heavy fighter, thus the A-20G-25 must avoid turning with it, if not dogfighting with it in general. It bears a pair of ShVAK cannons that can easily damage vital parts like engine or cooling systems. It has green camo, greatly resembling an Me 410 but with an H-tail like a Bf 110's.

ZSD63: Though it is hard to identify specific SPAA vehicles on the ground (especially when they are shooting tracers at the plane), if a ZSD63 is identified, avoid it at all costs and do not attempt head-ons with it, ever. It can easily snap a wing off by causally putting a short burst in the A-20G-25's flight path. Don't even get close to it unless it is occupied with another friendly or if the A-20G-25 is equipped with a bomb that it can use. Some identifying features of the ZSD63 is its rather boxy and tall hull with a geometric turret sitting at the back, slightly similar to a Wirbelwind's. The firing manner is also distinctive: the sound and green tracers are very rapid, much like a buzz saw, but then it will remain silent for half a minute reloading. Note that an experienced ZSD player will hold its fire or shoot in single salvos with long halts between, making it look like that it's reloading. Armor piercing belt is recommended since their high penetration can tear through the ZSD's armor with ease and knock out its crews.