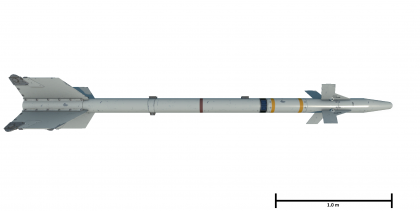 The AIM-9P Sidewinder is an American infrared homing air-to-air missile, it was introduced in Update "New Power".

As an export version of the AIM-9 Sidewinder, the AIM-9P delivers performance akin to that of the AIM-9J that allows for the AIM-9P to be used as a dogfighting missile against low-manoeuvring aircraft.

The AIM-9P is an export version of the US AIM-9J sold to China mostly. The AIM-9P has the same performance as the AIM-9J used in the American tech tree.

The AIM-9P Sidewinder can be used in battle as an air-to-air missile. You would have to fire the missile while locked on from behind because it is a "Rear Aspect" missile.

The AIM-9P Sidewinder missile was developed as a family of export missiles. Sponsored by the US Air Force, this variant was based off the AIM-9J/N variants, though would be updated multiple times incorporating new features and improvements.[2][3] 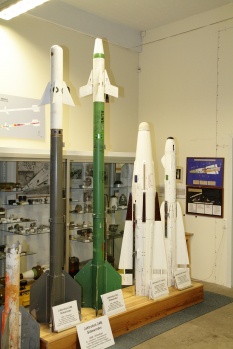