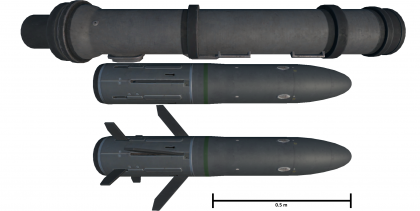 The Rbs 56 is a Swedish SACLOS anti-tank guided missile. It was introduced in Update "Starfighters".

This missile can defeat most MBTs and IFVs. It can strike through ERA and works better on vehicles with a carousel autoloader or vehicles that stow ammunition centre-mass. Very effective at low to medium range, still being effective at long range but limited due to the velocity of the missile.