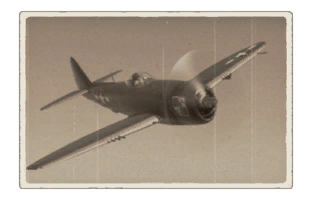 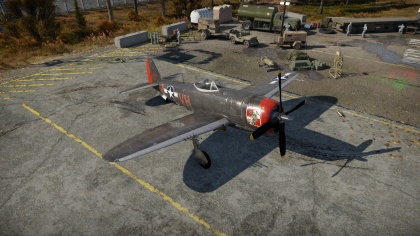 The ⋠Lanovski's P-47M-1-RE Thunderbolt is a gift rank IV American fighter with a battle rating of 4.7 (AB) and 5.7 (RB/SB). This aircraft was introduced in Update 1.83 "Masters of the Sea" in Centenary of Poland Regaining Independence event and it was available for purchase for 6,090 GE. The plane is painted after the camouflage scheme of Polish pilot Witold Łanowski in the US Army Air Force in the 61st Fighter Squadron.

As such, the P-47M is best played to its strengths as a Boom & Zoom and Boom & Run fighter in Air realistic battles. In the Ground realistic battles it is an excellent fighter bomber with a good rocket/bomb load-out and .50 cals which can deal with most turret roof armour.