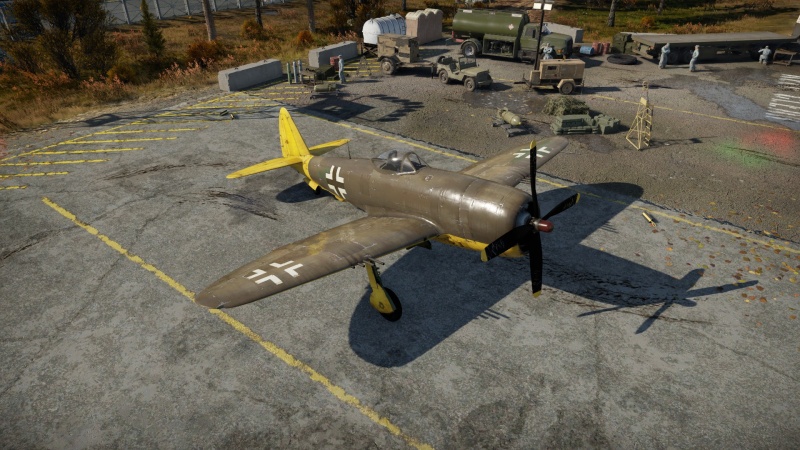 The ▀P-47D Thunderbolt is a premium gift rank III German fighter with a battle rating of 3.7 (AB/SB) and 4.3 (RB). It has been in the game since the start of the Open Beta Test prior to Update 1.27. It was removed from sale with Update "New Power", replaced by the P-47D-16 RE (Germany).

As with the other P-47s in-game, this aircraft should be primarily played using Boom and Zoom tactics. You may need to side climb in order to get into a viable position, given that allied aircraft will be at a higher altitude than you a good amount of the time. It is highly recommended to not try and turn with the aircraft you are trailing, as this is how you will quickly lose energy and become easy pickings. Instead, after your first pass, initiate a relatively steep climb. This will allow you to once again take the altitude advantage on the enemy, which will further give more opportunities for BnZing. When climbing back up, however, pay attention to what aircraft may be around. You are essentially a free kill for anyone in the vicinity if you are not aware of what is around.