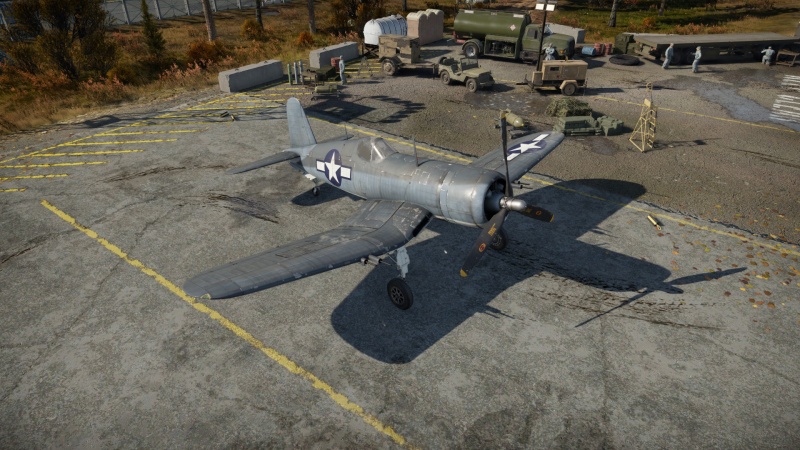 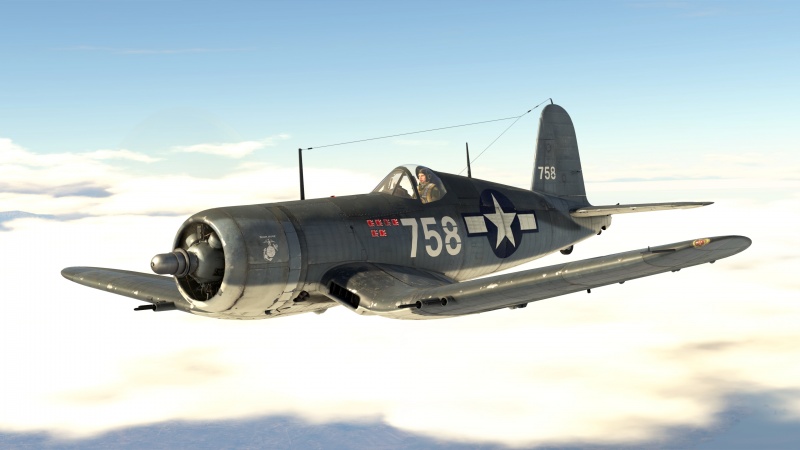 The F4U-1C can be outfitted with the following ordnance:

Loved by its pilots, hated by its enemies, the F4U-1C is an easy to use U.S. Navy fighter, with robust all-round specifications. The Corsair optimally performs with stealth ammunition loaded for best damage output, allowing an experienced pilot to take out several targets before returning to base and reloading. It is best to selectively aim for the most critical parts of an enemy plane if you want to maximise kill efficiency while you're in the sky. A few 20 mm shells to an enemy engine or cockpit will destroy their plane with a little luck. While this may seem easier said than done, diving onto your opponent is almost a guaranteed kill, and if you are unlucky, you still have an incredibly impressive dive speed under your belt to keep you from being a target. While flying this plane, like any U.S. fighter, you'll be in the most danger when you are 'floored' (at a low altitude), since your only escape is diving.

When facing mainly Japanese planes in Realistic Battles and Simulator Battles, do not turn with A6M5s and the like, but to use Boom and Zoom tactics.

The quadruple AN/M2 armament of the Corsair can prove surprisingly effective against all manner of enemy vehicles. Ground target belts will make short work of light armour, but even heavier tanks like the Panther can be dealt with if the pilot attacks the roof from a steep enough angle, though it may take several passes. Diving from one to two thousand metres, as close as possible to the vertical, and hosing down the enemy will reliably cause engine fires and potentially knock out some or all of the turret crew. Using the Corsair's energy retention to regain altitude allows the pilot to repeat this process many times. With enough practice, the F4U-1C's bottomless ammo reserve will allow you to disable or outright destroy several enemies on the ground while maintaining enough energy to take on any aircraft to come your way.