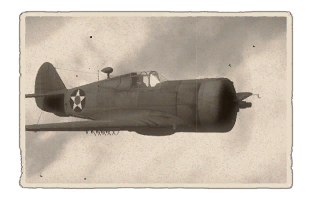 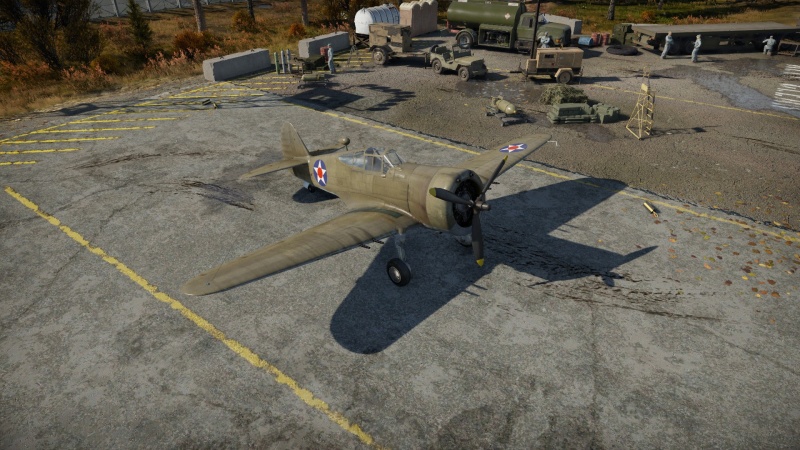 In the early 1930s, the Curtiss-Wright Corporation began a private venture to build a fighter aircraft which was a revolutionary departure from earlier cloth-covered biplanes of World War I. This project aircraft under development was named the Curtiss Hawk Model 75 (later it would be known by P-36 Hawk, Hawk-75 (or just H-75) and Mohawk). The P-36 was an all-metal monoplane (although the control surfaces were fabric-covered) with a 900 hp radial engine, enclosed cockpit and retractable landing gear.[1] Even though this aircraft touted some of the state-of-the-art development in aircraft design, several aspects remained lacking, such as the original two machine guns firing through the propeller arc, a 7.62 mm and 12.7 mm and other critical components such as the absence of armour in the cockpit and self-sealing fuel tanks.

By May 1935 the first prototype flew and attained speeds of 452 km/h (281 mph) and reaching an altitude of 3,000 m (10,000 ft). It wasn't long before the original 900 hp Wright XR-1670-5 radial engine was replaced with an upgrade Wright XR-1820-39 Cyclone at 950 hp and several modifications to the body of the aircraft was completed like the addition of scalloped rear windows which significantly improved the pilots rear view (although the hump on the back of the aircraft still blocked a significant portion of the view).[2][3] This version of the aircraft was designated as Model 75B while oddly enough the earlier version with the 1670-5 was listed as a Model 75D.

The P-36G is a relatively easy fighter aircraft to fly and requires only a relatively short space to both take-off and land. During World War II the P-36 was ferried over to Pearl Harbor aboard an aircraft carrier from which they took off and then landed at the Army Air Corps base.[1] In the game, due to the very low stall speed, the P-36 can land on an aircraft carrier to a complete stop and take off again. Due to the fantastically low wing loading rate of 23.9 lb/ft2[2], this fighter is an excellent turning aircraft and accompanied by a strong rudder can spiral climb easily, especially during WEP cycles. This aircraft has the advantage of being both a turn fighter and a Boom & Zoom fighter, depending on the situation, type of aircraft which are flying against and mission type. The P-36 will out-turn many fighters of its rank and can prove difficult to follow if attempting to shoot it down.

The P-36G utilises the upgraded Pratt & Whitney R-1820-95 radial engine, an upgrade over the P-36A and P-36C Pratt & Whitney R-1830-17, however with the extra two machine guns and associated ammunition, the G model is comparable to the C model in comparison to flight characteristics. Maintaining centre of gravity in the P-36G is critical and to do that the nose-mounted machine guns do not eject their spent ammunition cartridges, but instead, collect them in internal fuselage compartments so as to not drastically change the weight after firing off the rounds, whereas unlike the P-36C, the G model does eject its spent cartridges from the wing guns. As with the P-36C, the trade-off for more guns vs. no increase in manoeuvrability is well worth it.

As with many early pre-war fighters, not much emphasis was put on the survivability of the aircraft. The best course of action was for the pilot to not let anyone get behind them. The P-36G's only sources of protection for the pilot is the engine block and the 9.5 mm (angled at 24° for effective thickness of 13 mm), that being said, depending on the engine block to save the pilot may do so at the expense of the engine, thus requiring the pilot to glide back to base if possible or bailout. There are also two unprotected oil coolers if which are punctured, the aircraft will leak oil until depleted eventually causing the engine to seize up.

Armament weaknesses found in the P-36A and P-36C were addressed when outfitting the P-36G fighter, as the armament though increasingly better with each model upgrade, was still found lacking. While the engine cowling was already crowded and no more machine guns could be centrally mounted which required wing modifications to install two more 7.62 mm machine guns, for a total of two in each wing. For this aircraft, two machine guns are mounted in the engine cowl and fire through the propeller arc while the other four are mounted two in each wing. Due to the wing-mounted machine guns, convergence is a factor to deal with with the optimal range being 100 - 200 m, anything beyond this will still work, however, the bullets significantly start losing their punch. The increase in armament increased the damage output ability of the fighter, making it well worth the additional weight. Options in ammunition will allow the pilot to select the type best suited for their mission whether it be as an interceptor, ground target hunter or a stealthy pouncer.

The P-36G Hawk is one of the best fighter aircraft at Rank I as it combines energy retention, manoeuvrability and decent firepower. Energy retention lends this fighter to be a great zoomer, dropping in for a shot and then speeding back up to regain the energy advantage. With this aircraft having such a low stall speed; it makes a great fighter to practice Rope-a-dope energy depletion manoeuvres. This requires the P-36 pilot to bait another fighter into following them in a climb, as the attacker attempts to get guns on, the P-36 pilot can start to spiral climb which will cause the attacking aircraft to pull a tighter circle haemorrhaging their energy. If done correctly, the attacking fighter will stall out and be completely helpless as they begin to fall back to the ground allowing the P-36 to roll over or Split-S and take out the stalled fighter below.

Even with all of its power and mobility, the P-36 is a relatively fragile aircraft. Without much armour on the aircraft, many of its critical systems are exposed and it will not take much even from lower calibre machine guns to cause fuel fires, oil leaks and the engine shutdowns, not to mention a knocked out pilot. Situational awareness is critical to potentially know not only where the targets are, but also the enemy aircraft which are manoeuvring into position and ready to pounce, however, structurally the aircraft is sound and has been known to survive aerial collisions which allowed it to continue fighting on where other aircraft would have been shedding parts right and left. The P-36G is beefed up with six machine guns, though it may not have the notoriety of the I-16 and the LaGG-3, it is more than capable of challenging them on a more than even footing.