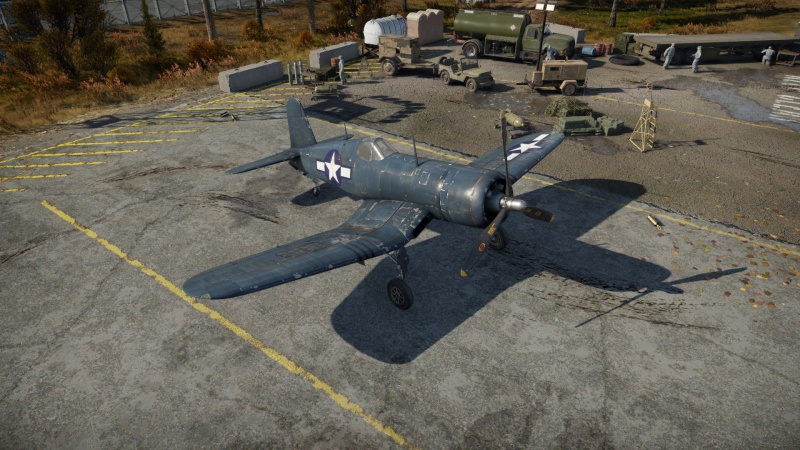 The removal of the carrier landing equipment lightened the F4U-1A (USMC) by a few hundred kilograms compared to the original F4U-1A, resulting in a better climb rate and slight advantage in manoeuvrability. This positively affects both the vertical and the horizontal manoeuvres along with providing slightly faster acceleration and a minor edge with its maximum speed.