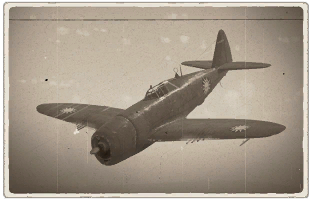 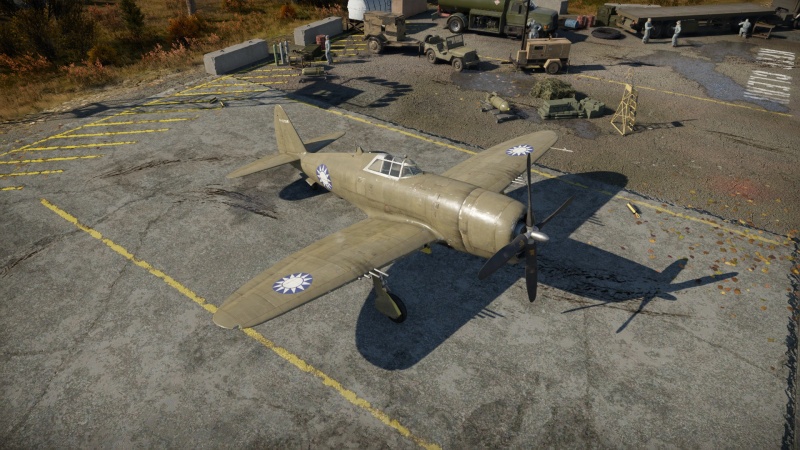 In Simulator & Enduring Confrontation, bulkier planes that suffer in AB & RB shine and that of course includes the P-47. This plane is a great learning platform for new EC players since in Sim, the P-47 has great control handling, fast speed, and a wide range of additional armaments of bombs, plus the original 8 x .50 cal, meaning it is an excellent multi-role aircraft. However, comparing to the later Jugs with all-clear bubble canopy, the razorback P-47 has worse visibility. The front have quite some frames around the gunsight, but they are thin which is a good news. The sides are overall unaffected. The rear view, however, is greatly obstructed by the razorback, preventing the pilot from seeing what's on the tail which can be fatal sometimes.

The record for the "Razorback" P-47D series (pre D-25-RA) in Chinese service is rather sparse due to a lack of differentiation of its sub-variants in most sources; the earliest users of these P-47D were by the 14th Air Force, USAAF with their deployment in the CBI Theatre in 1944. The USAF serial number site recorded the earliest variant would be D-15-RA which had a few losses over China skies. In the case of the D-23-RA series, there were only records for 7 of them which were later transferred to the ROCAF in April 1945.[1] These likely served in the ROCAF as the few special ones among all 102 P-47D received by ROCAF, but no further records exist of P-47D-23-RA during the Chinese Civil War about their usage and their fate.