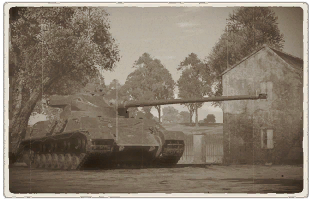 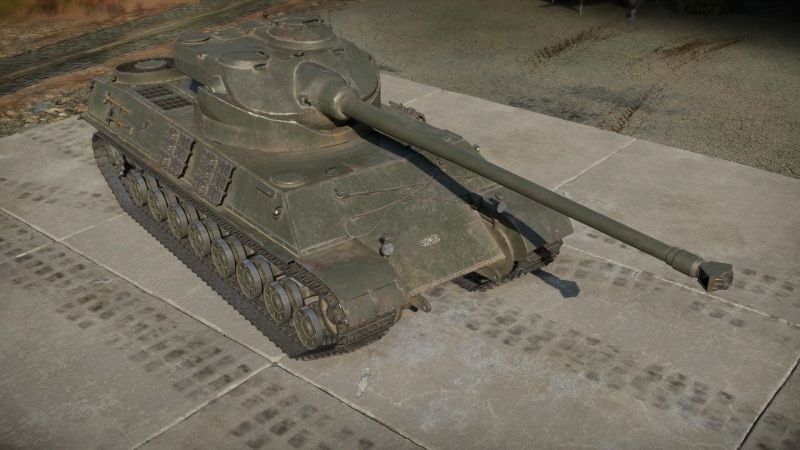 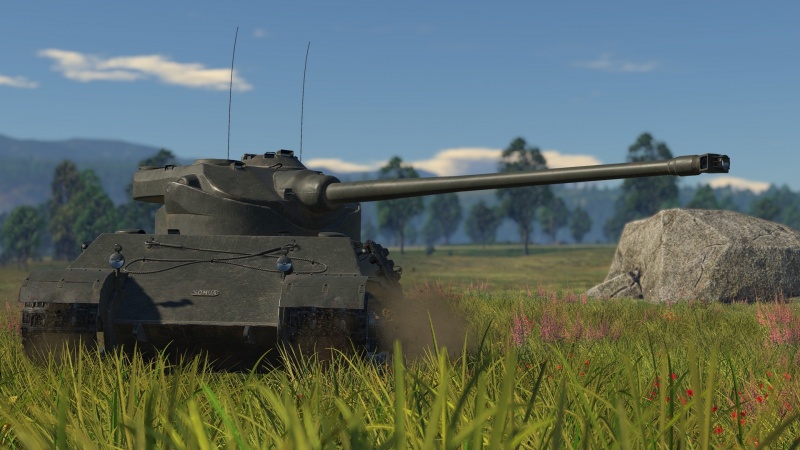 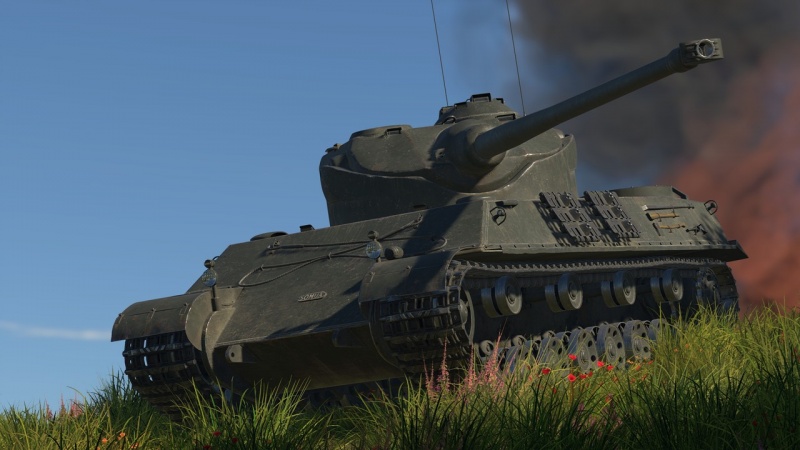 The Somua SM is a premium gift rank IV French heavy tank with a battle rating of 7.3 (AB/RB/SB). It was introduced in Update "Raining Fire" as a premium pack in the Gaijin store.

The upper glacis of the hull and the upper part of the turret are the only well-protected areas, which will give you good protection against most conventional rounds, especially from far ranges. However, the rest of the armour is very weak and can be easily penetrated by pretty much everything, and you will still be vulnerable against HEAT-FS, ATGMs, APFSDS and such. Your best bet is to flank the enemy and take them out with your auto-loading gun before they can get a hit on you. If an enemy spots you, face them so they can only hit the front of the tank, and hope that they don't hit the very weak bottom portion of your turret. Try not to angle your tank as the sides can easily be penetrated. Since you have 5 crew members, with 2 in the front of the hull and 3 in the turret, and come equipped with a handy autoloader, you can take a few hits and lose a couple of crew members without having to worry too much.

Although heavier and not as mobile as the AMX-50 or Lorraine 40t, the Somua SM is still pretty mobile for a heavy tank. You will still want to flank the enemy as much as possible and take them out quickly with your auto-loading gun, but don't be afraid to take a few hits from the front. However, your reverse speed is pretty slow and will not save you, so watch out for that. 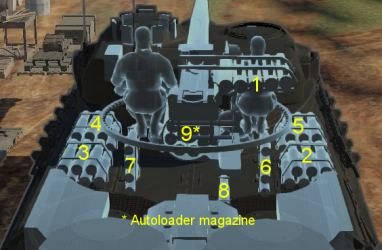 Ammo racks of the Somua SM

Try to play the Somua SM quite aggressively because it has a very strong autoloader. Hardly anyone else on the battlefield owns an autoloader like the French do at this battle rating.

It's best to find a good, but safe position close to the front to get good shots onto targets. If encountering an enemy tank with good turret armor like a Tiger II, try to shoot the weak spots. Though the gun should be sufficient for front penetration, the Somua SM can drive around to hit the target's side armour do to its semi-good mobility. If the enemy tank tries to drive away, shoot it in the tracks to immobilise it.

A Somua SM's main worry on the battlefield is its own armour, as while the hull front is somewhat good, everywhere else is easy to penetrate by most tank shells being shot at the Somua SM. This is especially the case when encountering tanks with HEAT rounds, as then nowhere on the tank is safe from a penetration. Always make sure that no one shoots the Somua SM from the side because the damage can be very serious due to the ammunition stowage.

When fighting at the front lines, always try to drive with other tanks so that the Somua SM does not get as much focus. Attacking the enemies while they are attacking allies is the best way to catch them off guard with the 100 mm cannon. With its autoloader, the Somua SM can be a deadly machine by picking off the enemies one by one before they can react.

Plan carefully your moves as there is no good way to get out of a bad position without having either to expose its weak sides or to reverse at a very slow speed.

At the end of WW2, the French army realized that they needed a new modern heavy tank. The SOMUA Company competed with AMX to design a new heavy tank for France, and they were given the order to build a prototype in 1946. The hull of the tank was based off the German Tiger II, and the tank used an oscillating turret armed with an auto-loading 100 mm gun. Because the two companies were forced to make a new design with the same requirements, the Somua SM design looked similar to the AMX 50, and both tanks had equipped the 100 mm gun. The prototype was delivered in October of 1951 but was still lacking an engine and some other parts. Due to delays, the prototype was not tested until 1953, but it was already too late. The SOMUA's design was rejected in favour of the AMX 50.

In 1946, at the same time when AMX was given the order to develop what would eventually become the AMX-50 tank, SOMUA was instructed to come up with a competing design that would act as an alternative to the AMX.

Due to both companies being issued identical technical requirements by the French Army and taking much inspiration from the German "King Tiger" at the same time, both designs turned out to be very similar. In fact, SOMUA's design stood out from AMX's only in increased mass, coming as a result of heavier protection, and in its more simple running gear.

The SOMUA SM, as it became known, was presented for the first time to army officials in October 1951, albeit without its engine installed. At the same time, prototypes of the AMX-50 had already been tested. By 1953, SOMUA had completed the construction of its SM tank, subsequently conducting trials.

During testing however, several design issues were revealed. Because of this and the fact that the upgunned version of the AMX-50 with a 120mm gun was already available, the decision was made to cancel further work on the project. As a result, the SOMUA SM never left the prototype stage and the only constructed vehicle was scrapped shortly after the project's cancellation.