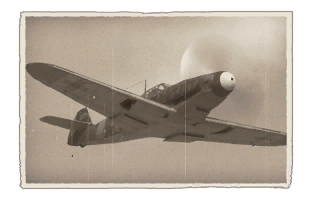 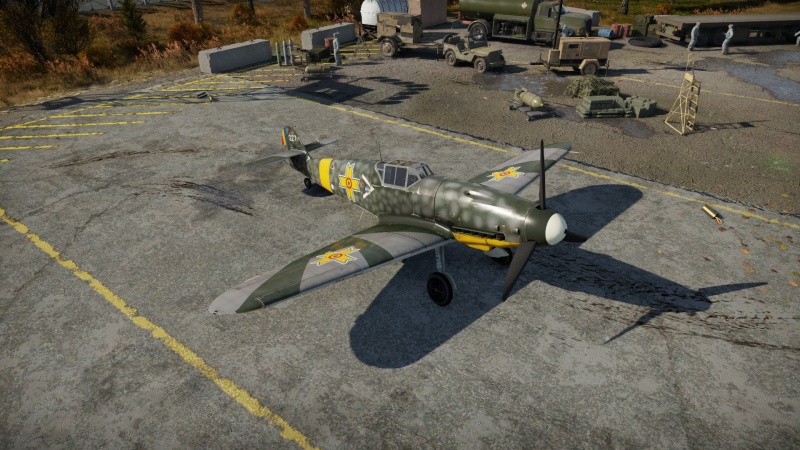 The Bf 109 G-2 comes with a nose-mounted single 20 mm MG 151 (200 rounds) autocannon and two synchronized 7.92 mm MG 17 (1,000 rounds) machine guns all located on the nose of the aircraft. With these stock armaments it is all but a breeze to get on target offering little to no drop when firing. Ammunition conservation is not an issue but pilots may want to pay close attention to their 20 mm with its 200 rounds.

The Bf 109 G-2 can be outfitted with the following ordnance:

The Bf 109 G-2 is very similar in performance to the Bf 109 G-2/trop. The major difference between the two is the Bf 109 G-2 is faster than its brother but it offers little to no support when facing allied (USA, Britain, USSR, etc.) opponents. It turns better than most aircraft in its tier and holds energy very well.

When used in battles it is best to climb to an altitude of 10,000 ft or more. Maintaining an energy advantage with this aircraft is the best tactic to maintain when in battle. The Bf 109 G-2 preforms extremely well at higher altitudes with the ability to outmanoeuvre most of its opponents. The Bf 109 G-2 is universal when it comes to a preferred flight characteristic but boom and zoom is preferred for the best results.