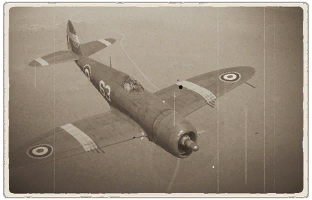 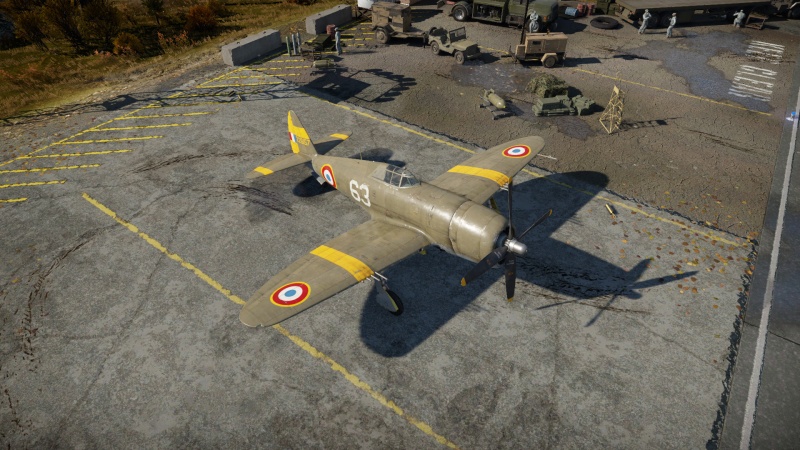 The P-47D-22-RE (France) can be outfitted with the following ordnance:

In Air Realistic Battles, the best usage of the P-47 is to side climb due to the rather mediocre climb rate. When you are above most fighters, you can pick your targets accordingly. Once you have found your target, you can then proceed to initiate a shallow dive on them and unleash your 8 x 12.7 mm M2s. If the enemy notices you and attempts to dogfight, don't take the bait and fly straight and then climb back up. Rinse and repeat until you defeat the enemy.

For base bombing, choose the maximum setup of 1 x 500 lbs and 2 x 1,000 lbs to maximise the damage. The fastest way to get to a base is to remain at tree-top level upon taking off. This way there is no need to climb so the P-47 can pick up quite some speed like that, even with the full bombload. It is also harder to be seen, since the P-47's dark colour will blend in with the ground for some maps. When approaching the base, check its position with the minimap to ensure it's the right target. When the base fills up the gunsight, pull up to around 500 m and then dive at the base at a rather shallow angle. When the gunsight slices past the furthest edge of the base, release all the bombs, bank to the direction of the nearest friendly airfield, descend back to tree-top level and fly back. If you are lucky, you might even catch some enemy bombers that just took off from a nearby airfield. They will be some nice RP for you. Overall, base bombing is the safest way to get rewards but not the most efficient.