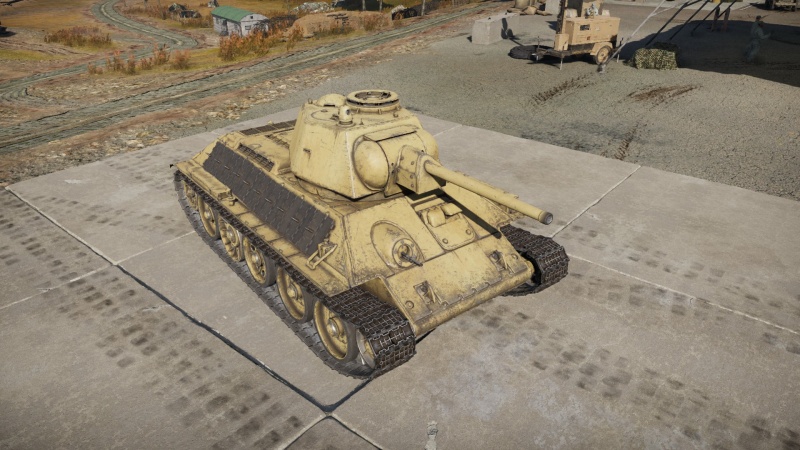 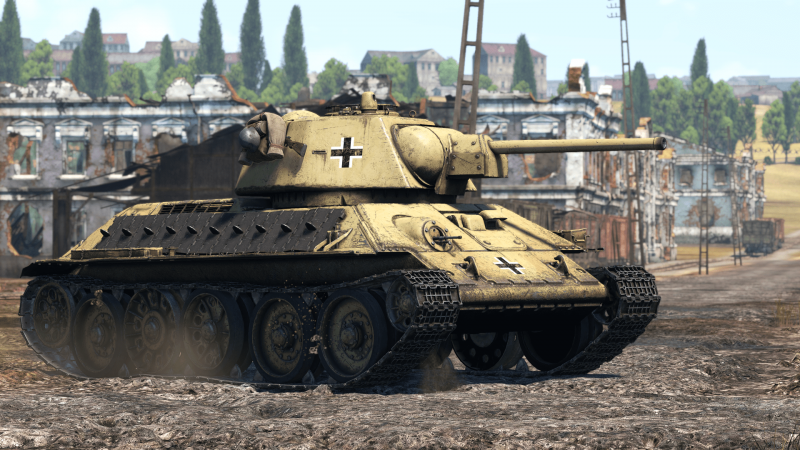 This captured version of T-34 (1942) is a Soviet T-34-76 modified with additional appliqué armour on the front and removed forward mudguards. There are few cosmetic changes to the turret: the significant improvement is the commander's cupola and few minor changes, but it still plays the same as the Soviet T-34 (1942). The "(r)" in the designation stands for "russisch", indicating a Soviet-captured vehicle. 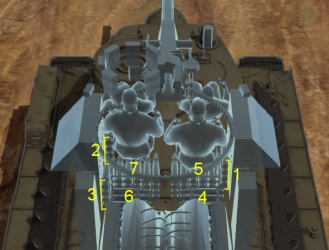