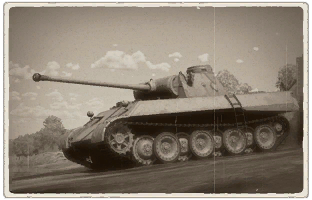 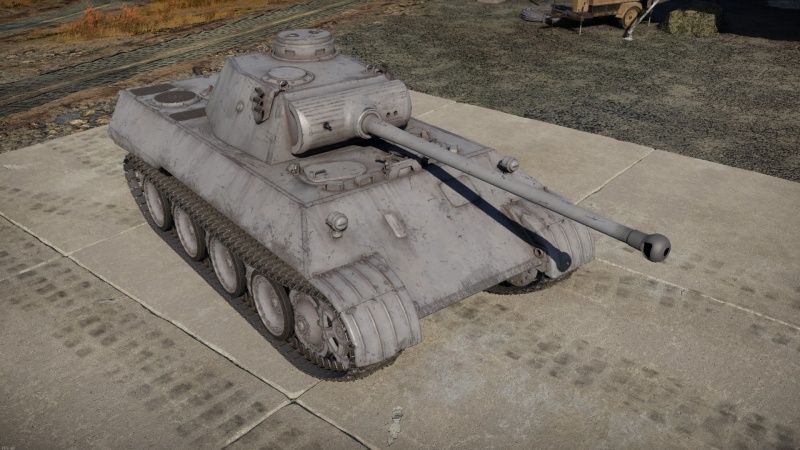 The prototype model by Maschinenfabrik Augsburg-Nürnberg (MAN) for what would become the Panther tank, the VK 3002 (M) features all the basic characteristics the Panther would receive, with a steep sloping front armour, high-penetrating 75 mm gun, and good mobility but not in turns. The VK 3002 (M) featured a 60 mm front plate and 50-80 mm turret front armour, which were the original armour plate thickness of the Panther prototype prior to its uparmoring into 80 mm and 100 mm respectively in the production vehicles. The grind on this tank is somewhat painful until you obtain the engine and transmission upgrade. The turret traverse is slow even after the horizontal upgrade. Tank has poor turning ability in close quarters.

The armour layout is very similar to a standard Panther, though significantly weaker for the front plate (60 mm instead of 80 mm thick) and the turret (80 mm for the turret front and 50 mm for the mantlet instead of the 100 mm on the Panther A). It is adequate against low-velocity projectiles, but its armour should not be relied upon much, unless the distance between you and the target is large. Unlike the Panther A, angling on the VK 3002 is helpful, angling some 15-20 degrees will make the hull almost entirely immune to Soviet 85 mm cannons, which the tank will commonly face. The same procedure goes against most American cannons. Of course, if they aim at the turret, you'll end up penetrated, but the good thing is that this prototype shares the same good post-penetration survivability of a Panther, due to the driver and machine gunner being far from the turret, even the "fat" Soviet 85 mm APHE rounds will not usually knock it out from a turret penetration.

In a straight or nearly straight line the tank has decent mobility. However, the tank slows appreciably in turns and close quarter turning is painfully slow. Reverse speed is slow as well. Because close quarter mobility is not a strong point with this tank you should try to keep your distance from the enemy; otherwise enemy medium tanks and light tanks will flank you easily. 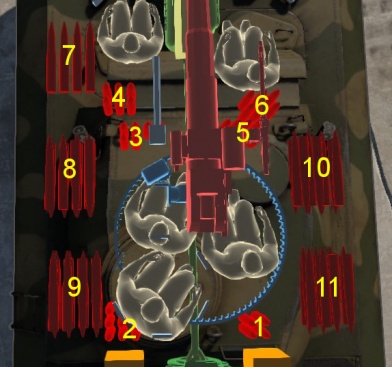