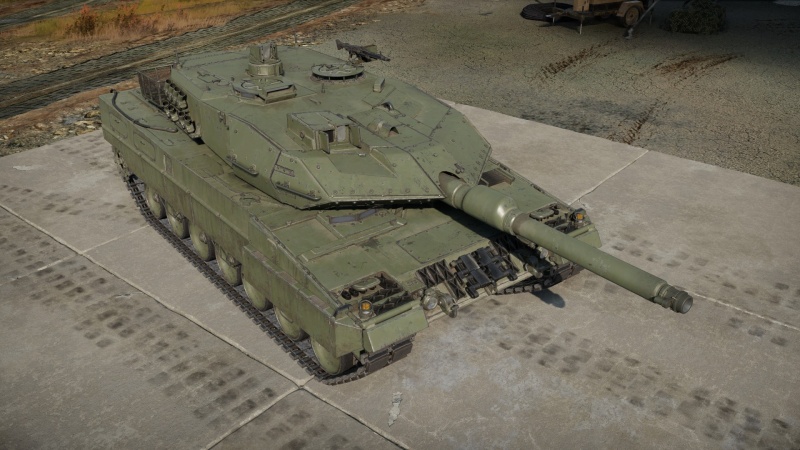 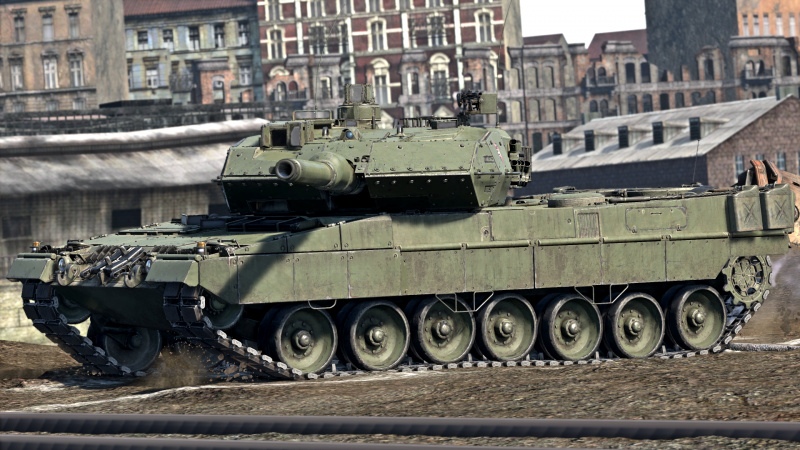 The Leopard 2A5 has improved armour compared to its predecessor, the hull is much better protected and the already impenetrable turret cheeks have more protection on the side of the turret. Add-on armour boosts the ability to protect against HEAT-FS and early APFSDS rounds. The wedges on the front of the turret are able to be blown off if a round with enough energy hits it.The gunners optic is also moved into the roof to eliminate the weak spot which was easily penetrated by any tank.

The first modifications to research should be Parts and FPE. After those, aim for the NVD, DM33/DM53, laser rangefinder, or mobility upgrades, depending on the desired playstyle.

The Leopard 2A5 has access to DM53 APFSDS shells which make it a deadlier foe as few tanks can stand against it.

The Leopard 2A5 is slower, but it has much better armour and access to the DM53 round. With these new changes, the playstyle changes a bit too: 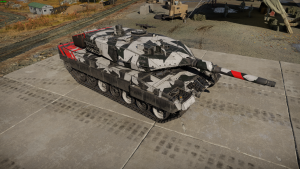