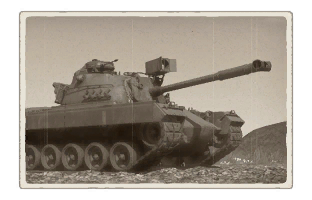 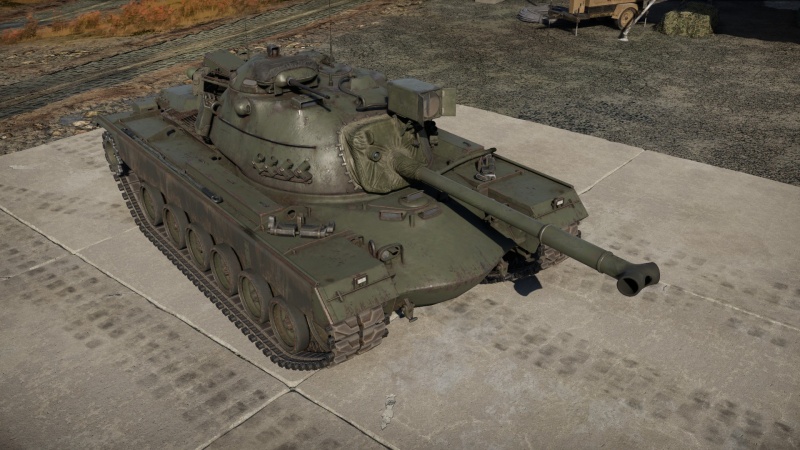 The armour of the M48A2 C is identical to the M48A1. The ammo rack in the turret is removed and the shape of the front hull ammo racks are improved. The front armour is able to handle almost most APHE shells it might face, but struggles against HEATFS and APDS rounds. The lower front plate is a weak spot. The sides are decently armoured, but not thick enough to make angling the hull a valid tactic. Some thin vents on the top of the hull are vulnerable to strafing runs by enemy aircraft, which may cause engine fires. Overall, the M48A2 C has excellent armour protection for its tier. 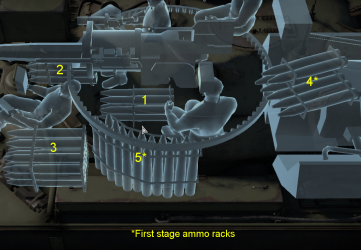 The stock grind of the M48A2 C is problematic since the M332 APCR shot is the only stock ammunition provided, excluding the HE shell. Because of the lacklustre performance of APCR shots against angles, and the limited post-penetration damage it inflicts, players need to aim very carefully. Players may find the most success through flanking, and assisting teammates disable enemy armour. Sticking close to allies is near mandatory, as being caught off guard with the APCR is often times a death sentence. Players should prioritize unlocking the M82 APCBC round immediately, as it improves the tank's offensive capability significantly. Along with the M48A2 C's decent manoeuvrability while stock, flanking with the APCBC shell is a viable, and quite effective, option.

The M48A2 C is a powerful tank. The M431 HEATFS round has adequate penetration, and in the event that a round with higher post penetration effects is needed, the M82 APCBC is also available. The gun and reload rate are comparable to other main battle tanks of the battle rating, although the M48A2 C relies on its HEATFS round for most situations. The armour on the M48A2 C is adequate, able to bounce enemy shells depending on the angle. The night vision image intensifier equipment and IR lamp can be a big advantage during night battles, but M48A2 C players should be careful not to expose themselves using their own IR lamp. The M48A2 C does not excel spectacularly in any way, but it is an adequate medium tank that is well suited to most situations.

The M48A2 C is capable at close range, but it is not exceptional. It has decent acceleration and gun handling, meaning it will do decently. Additionally the armour can prove useful even at close range. The only issue for the M48A2 C at close range is the post penetration on the HEATFS round. Generally using the APCBC round is more effective at close ranges.

Although the M48A2 C is very difficult to play when stock, it is an adequate frontline tank while spaded. The good HEATFS round gives it a strong position in the German tech tree. The M48A2 C is a true main battle tank, and will perform well in any situation. The one disadvantage the M48 may suffer from is a lack of a stabilizer on the main gun. While most tanks which it faces also lack stabilization, those that have it will have a big advantage over the M48A2 C.

In the mid 1950's, West Germany received several version of the M48 Patton III tank from the US. In 1958, one of these versions was the M48A2 Patton III. This version included a 750 HP engine and a 90mm M41 cannon, as well an M85 .50 caliber machine gun mounted in the commander's cupola, and a coaxially mounted 7.62mm machine gun. In the same year, these tanks would receive an upgraded 825 HP engine, as well as other minor changes and would be designated as the M48A2 C in German service. This version saw service until the 1970's were it was replaced by the M48A2 GA2.