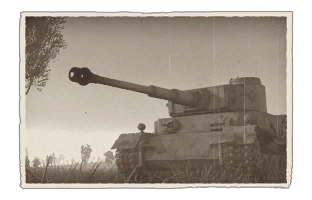 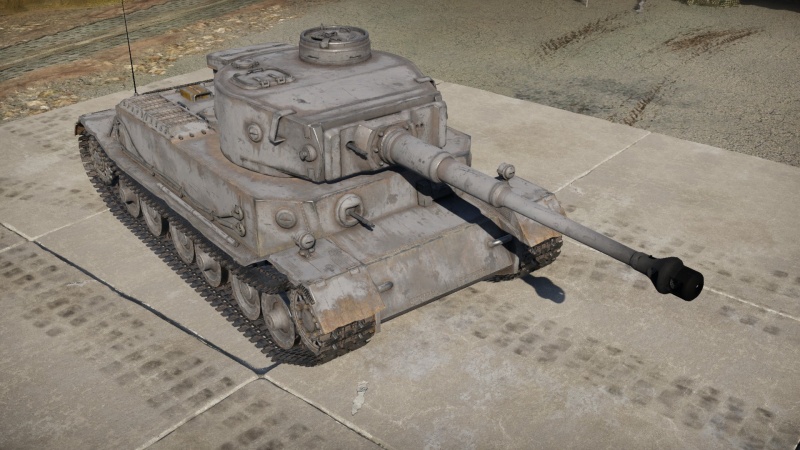 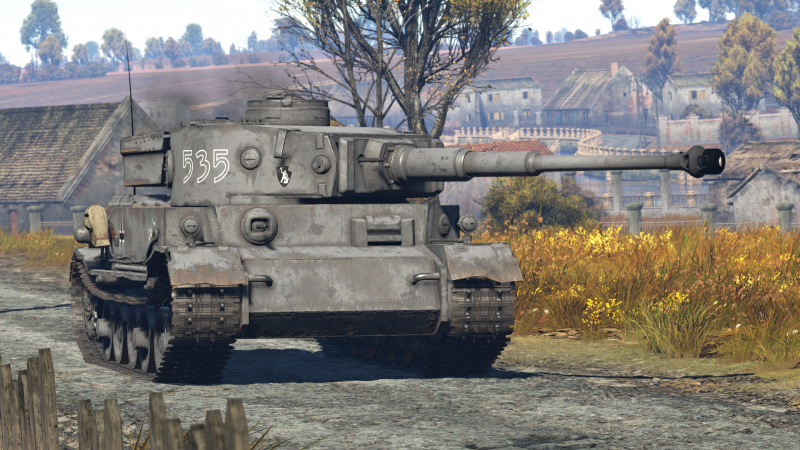 The VK 45.01 (P), like the Tiger H1, is a heavy tank with a great gun for long range firing. It has the same amount of armour and the same gun as the Tiger H1 (Though it does not have access to the Pzgr. shell). Size-wise, the VK 45.01 (P) is slightly longer and slightly narrower than the Tiger H1. Despite the similarities, the VK 45.01 (P) is often called a "worse tiger". When played right however, this is not so at all. The main weakness of the VK 45.01 (P) is that it has hull cheeks on the front of its hull. Attempting to angle your armour will only allow the enemy to shoot these weak points, which they can easily pen as they have the same armour values as the side armour. In other words, if fighting an enemy, you should either take cover or turn the front of your hull directly towards them. Because the hull cheeks are angled compared to the front armour, if your hull is facing directly towards the enemy the hull cheeks will have more effective armour than your frontal armour, so they are not a weak point when the tank is not angled. The turret traverse speed is also slow, slower than that of the Tiger H1, meaning it's better to snipe with this tank.

But what the VK 45.01 (P) lacks in effective armour and turret traverse speed it makes up for reverse speed and a few other advantages. Firstly, the transmission is harder to hit since it's mounted in the rear- you will be harder to immobilize. Secondly, the turret is placed at the front of the vehicle, so it doesn't need to expose as much of the tank when peeking out of cover to shoot an enemy. These two advantages go great with its next, and biggest advantage: its phenomenal reverse speed. Because of this attribute, the VK is better for Peek-a-Boo tactics (behind cover, over-extend and shoot, go back in cover to reload). than the Tiger H1. Whereas the Tiger H1 can angle and take more shots, the VK 45.01 (P) is much better at shooting from and retreating into cover, essentially meaning it doesn't have to take those shots in the first place.

The VK 45.01 (P) has 102 mm of frontal armour and 82 mm of armour on the cheeks of the hull and sides of the hull. The lower front plate also has 82mm of armour. The engine and transmission are all located at the rear of the tank so most frontal shots won't damage them, however, all the ammo is stowed right behind the thinner pieces of armour on the cheeks of the hull. At with a battle rating of 5.3 (AB/RB/SB), a majority of Soviet and American tanks can pen this spot and cause ammo explosions. The crew are spaced out but a centre of mass shots with APHE shells will knock out the entire crew. 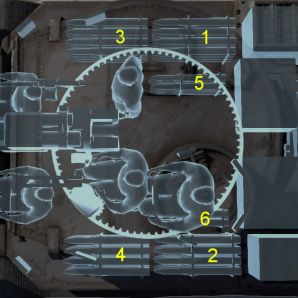 One of the flaws of its armour design is that it cannot be effectively angled at all. Because of its front hull cheeks, that are only 82 mm thick, even the slightest angling makes them very vulnerable to all guns, and to make matters even worse, ammunition is stored right behind them on both sides (unless one carries less ammunition).

The vehicle was displayed to Hitler on his birthday on April 20, 1942 alongside the Henschel version VK 45.01 (H). Unlike the Henschel variant, which had the turret mounted mid-hull, the Porsche version had the turret mounted far forward on the hull in order to make space for its rear engines and drive system. The tank was then evaluated by a technical commission headed by Albert Speer and it was found that the Henschel design was superior to the Porsche design as it was more mobile, more reliable, and easier to enter production. The Henschel version was accepted into service by the German Wehrmacht and was designated the Tiger I, while the Porsche variant was sidelined. Only five VK 45.01 (P) were created during the trials before its rejection.

Before even the evaluations began, Porsche was so confident that their design would be chosen that one hundred chassis of the VK 45.01 (P) was already produced. With the Henschel version chosen, the chassis were no longer needed to be made into a tank format, but it would be a waste to simply scrap them. These chassis were converted into case mate structures that could mount the new 88 mm Pak 43 cannon, which was longer and more powerful than the KwK 36 on the Tiger I. This would be called the Ferdinand tank destroyer, later redesignated as the Elefant.Three VK 45.01 (P) was also converted into recovery vehicles designated the Bergepanzer Tiger(P).

Out of the five VK 45.01 (P) produced from its development to its rejection, only one saw service in World War II. The tank had the chassis number 150013 and was converted into a command tank, thus was designated the Panzerbefehlswagen VI (P). As a command tank, the tank would have much more radios than usual to allow for command communication between tank units and headquarters. Another feature on the Panzerbefehlswagen VI (P) was that an extra 100 mm of armour was welded onto the front hull armour, bringing the original 100 mm hull armour to 200 mm effective in thickness. The tank was used by Hauptmann Grillenberg in turret number 003 and the tank saw service on the Eastern Front with the Ferdinand units, serving in Tank Destroyer Battalion 653. It was deployed in April 1944, but was then lost in July of the same year.