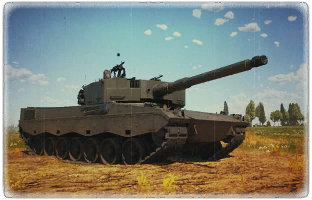 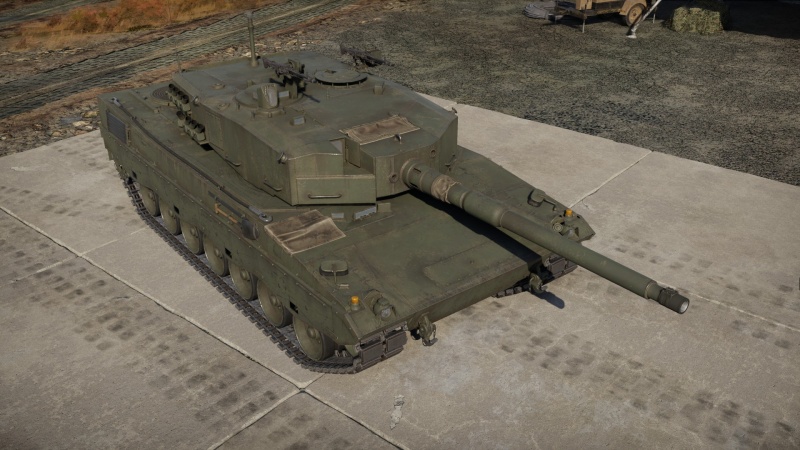 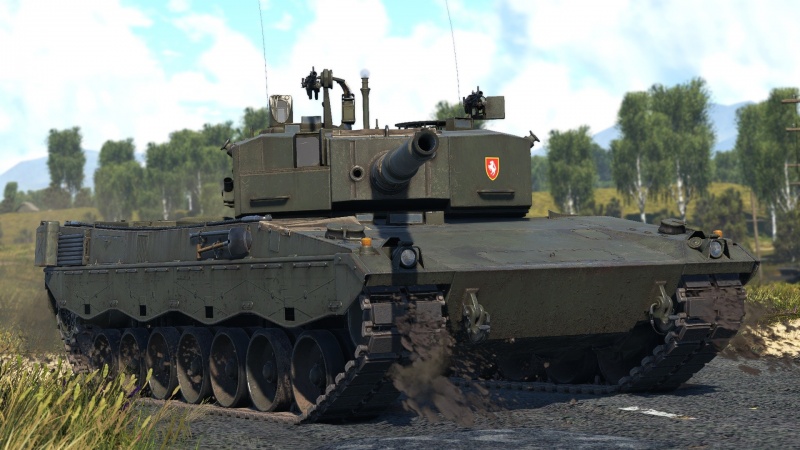 The KPz Leopard 2AV, PT-19/T19-AV is a gift rank VI German medium tank with a battle rating of 9.7 (AB/RB/SB). It was introduced during Update "Danger Zone" as a reward for the 2022 Summer Quest event.

The armour is capable of defeating M735 and most early HEATFS rounds when hitting the composite armour arrays, but the lower plate is very weak due to the layout of the composite armour. There is a fuel tank sandwiched between the composite armour which will usually lead to a fuel fire or even fuel detonation when hit. It is recommended to play hull down if you don't have FPE as the hull protection is very unreliable. The turret cheeks are near-invulnerable to all but the strongest rounds. However as with all MBTs, the area around the gun mantlet is quite weak.

Its mobility is what makes the Leopard 2AV great. The acceleration is good, but making sharp turns at high speed can lead to flipping. Reverse speed is acceptable, enough to get out of a sticky situation quickly.

Start with Parts and FPE, then go for the APFSDS projectile. 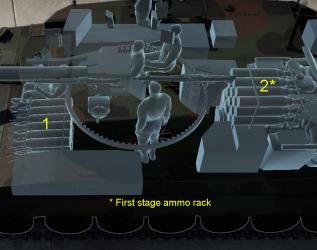 Ammo racks of the Leopard 2AV

There are 2 x 7.62 machine guns on the turret and 1 coaxial 7.62 machine gun. They are useful to shoot at low-flying jets and helicopters and can occasionally penetrate some lightly-armoured vehicles.