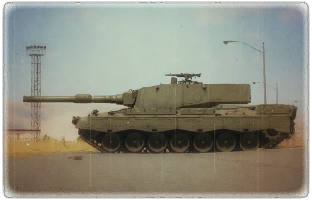 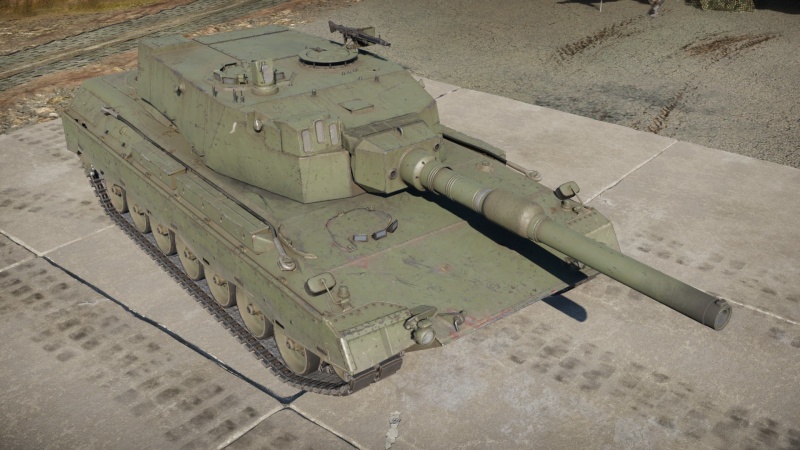 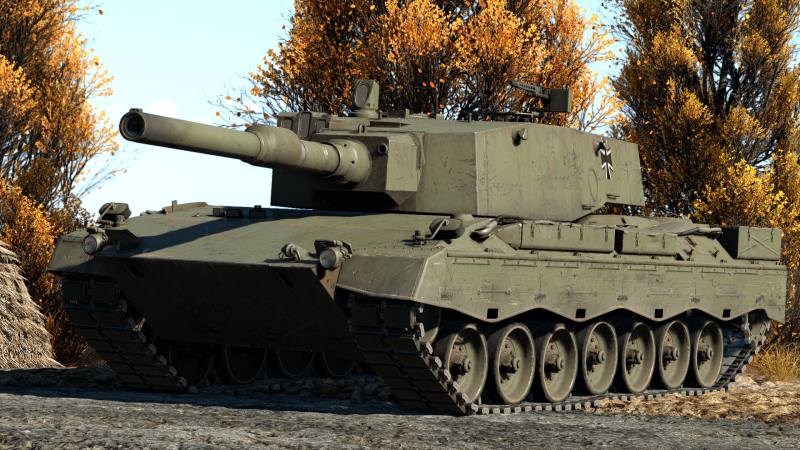 The KPz Prototyp PT-16/T14 mod. is a gift rank VI German medium tank with a battle rating of 9.7 (AB/RB/SB). It was introduced during Update "Direct Hit" as a reward for the 2021 Export Order event.

The PT-16/T14 mod. is a Leopard 2 prototype (like the Leopard 2K). It differs from the earlier prototype by its different turret more reminiscent of the production version, no remote-controlled 20 mm cannon, and an extremely fast autoloading cannon.

120 mm Rh120 L/44 cannon
Two-plane stabilizer
Reduces the swing of the gun in two planes while moving
Autoloader
Automatically feeds projectiles into the breech. The speed does not depend on the skills of the loader
Ammunition41 rounds
First-order9 rounds
Reload4.0 s
Vertical guidance-9° / 20°
Main article: Rh120 L/44 (120 mm) 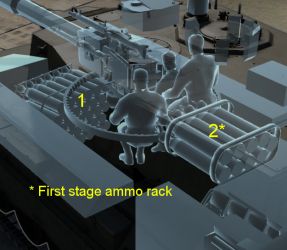 Due to its good mobility and fast-firing cannon, this tank is perfectly suited for flanking enemy positions or sniping from afar. With its poor armour protection and large frontal ammo rack, taking this tank into a head-on fight is often very dangerous, but it can be a very dangerous run-and-gun tank if the driver has quick reflexes and good target acquisition.

During the development of the Leopard 2 project, German engineers came up with several different hull and turret designs as well as respective combinations. This led to equally many different prototype designs being tested. Among these experimental versions was the Leopard chassis with the PT-14 turret, developed by Krauss-Maffei in the early 1980s.

The peculiarity of this design was the presence of an autoloading mechanism for the cannon, giving it an extremely high rate of fire. Despite undergoing exhaustive tests in Germany, the autoloader wasn’t adopted in the final design of the Leopard 2 and the concept remained just a prototype.