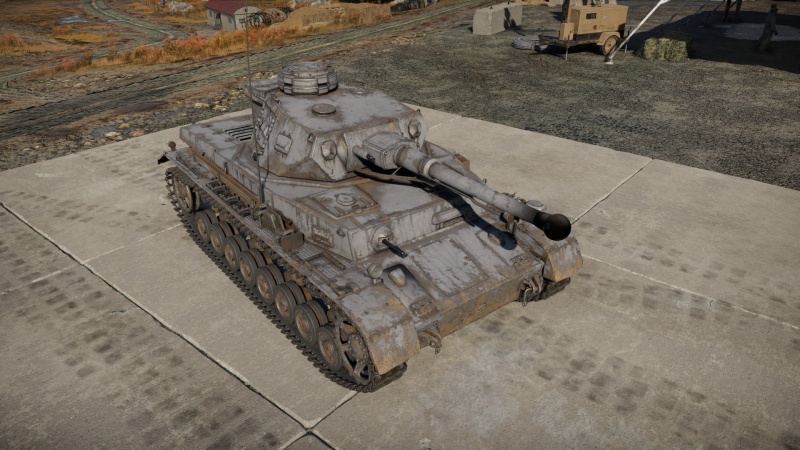 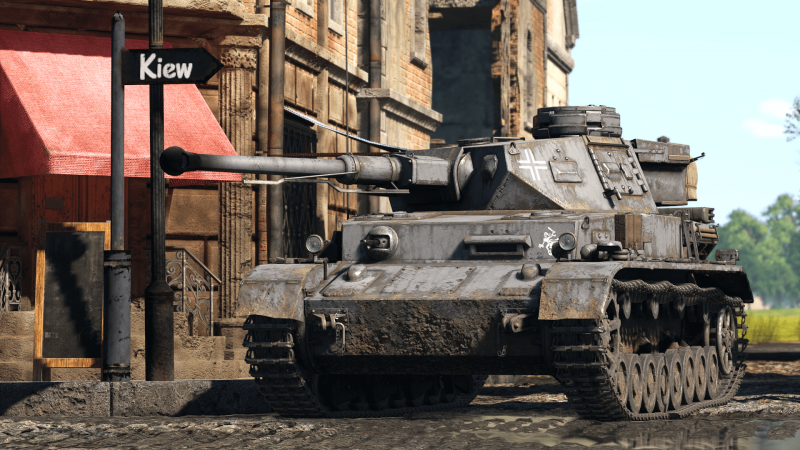 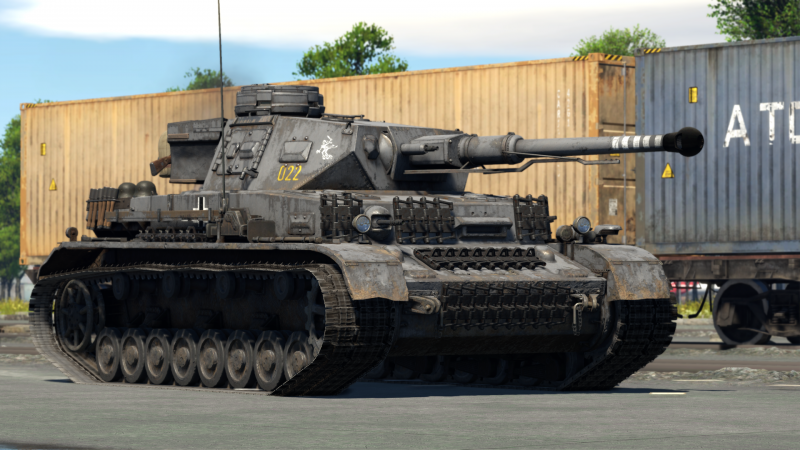 The Pz.Kpfw. IV Ausf. F2 is a rank II German medium tank with a battle rating of 3.3 (AB/RB/SB). It was introduced during the Closed Beta Test for Ground Forces before Update 1.41. It is essentially the earlier Panzer IV Ausf. F1 rearmed with a long-barreled 75 mm gun for much greater anti-tank capabilities.

The mobility of the Ausf. F2 is comparable to that of the earlier Pz.IV F1, though slightly worse due to the heavier gun. It is decent enough for a medium tank, especially since the Ausf. F2 is less reliant on flanking due to its powerful gun, and it can keep up with most advances without problem. The reverse speed of 10 km/h is also relatively good, allowing it to back off fairly quickly for a medium tank.

Its adequate speed and cross-country capability (with Ostketten equipped) grant the F2 a good ambushing capability to go quickly around enemy positions and surprise them.

The biggest difference between the Ausf. F2 and the Ausf. F1 is the new long-barreled 7,5 cm KwK40 L/43 gun. As easily the best gun available to any medium tank at the Ausf. F2's BR, the KwK40 has absolutely no problems dealing with all but the heaviest tanks at this BR, even from the front. It is even quite capable against higher tiered tanks, with only a few exceptions. The turret also provides the gun with an excellent amount of gun depression, allowing the effective use of hull-down tactics.

The stock PzGr 39 APCBC shell is also the best all-round ammunition to use. It is much more effective against sloped armour than the PzGr 40 APCR shot and even at 2,000 m has more penetration than the HlGr 38B HEAT shell. The only reason to carry any APCR at all is in case of a full uptier, where very heavily armoured tanks such as the Churchill VII may be faced and only shots to the front are possible.

Most of the F2 variants saw service in either Russia or against the Allies in Africa (though in very small quantities). In Russia, the Ausf. F could penetrate the T-34 at up to 1,600 m now and took part in Case Blue Offensive. In Africa, the Panzer IV Ausf. F2 could deal with all of the Allied armour available. The venerable Matilda was no match to its long range gun, and the M3 Lee was also helpless.

The next variant of this tank was designed to increase its combat power. A new 75 mm 7,5 cm KwK40 gun with a long 43-calibre barrel and a muzzle velocity of 770 mps for armour-piercing rounds was developed by designers worked at the companies Krupp and Rheinmetall. The gun's barrel had a characteristic single-chamber muzzle brake and was mounted in a new mantlet with a new TZF 5f sight. A new ammunition stacking system was used, and the amount of ammunition carried was upgraded to 87 rounds, 32 of which were located in the turret. The armour on the gun's recoil devices was modified. This variant's operational weight was 23,000 kg.

Production began releasing the new tanks in April 1942. The new tanks entered combat in the summer of 1942 and were able to fight the Soviet T-34 and KV, matching their firepower. The new tanks were completely superior to British and American tanks of the day. By July 1942, 175 Pz. IV Ausf. F2 had been manufactured, and another 25 had been converted from the F1. In May 1942, 8 tanks with increased armour thickness were released.