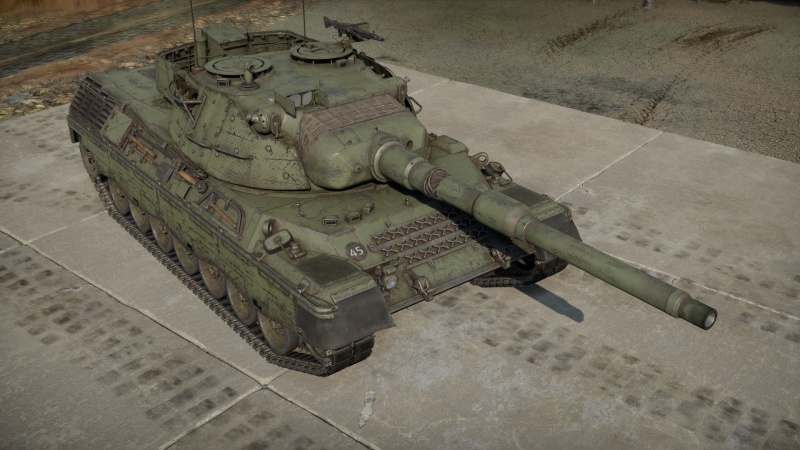 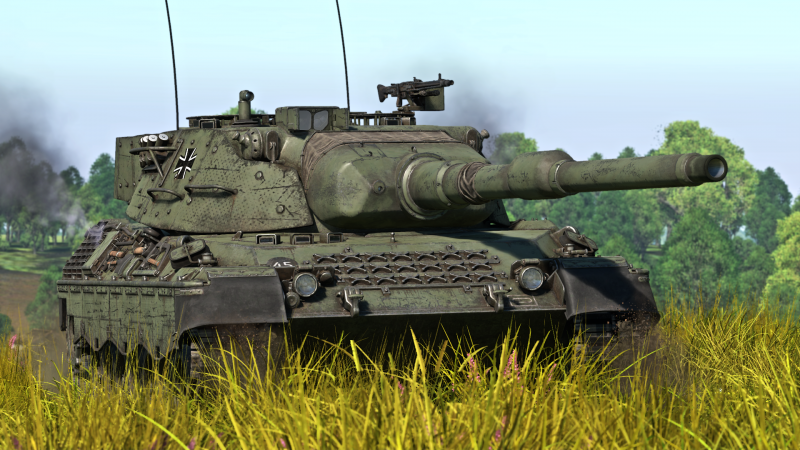 Players who have purchased the Leopard A1A1 L/44 should be familiar with the armour of non-premium Leopard 1s. If not, the Leopard may not be what people expect a tank to be. It was developed before composite materials were discovered at a time where HEAT shells were so effective that in order for armour to be effective, it would be so thick that it would not be practical. Hence, the designers of Leopard 1s, knowing that there was no possible way of stopping HEAT rounds, removed the concept of armour. In essence, the Leopard A1A1 has no armour. The front hull, accounting slope, is only some 130 mm thick. The turret and gun mantlet are some 100 mm depending on the angle. The BMP-2's autocannon, for instance, loaded with APDS, will penetrate your turret and will cause major damage. Any HEAT projectile impacting the tank will likely result in instantly being destroyed. However, the engine block can at times reliably save the crew from HEAT shells. APDS and APFSDS are a different story. The armour on the Leopard A1A1 is so thin that most non-explosive-filled shells will seldom cause spalling upon penetrating the side of the tank. Frontal penetrations will cause much more damage, as the armour is just enough to cause spalling.

The legendary 120 mm Rheinmetall L44 cannon does not fall short of its name. You get access to only two types of shells, DM13 APFSDS and DM12 HEATFS, with both being highly competitive and effective at its battle rating. The DM13 APFSDS round has a whopping 390 mm of penetration and is capable of defeating any armour of any tank this tank may potentially face, bar the T-64B. The round also travels extremely fast at 1,650 m/s, making long-range shooting and hitting moving targets exceptionally easy. The HEATFS, on the other hand, will overpressurize lightly-armoured targets while also being free of cost. The 120 mm HEAT with its 480 mm penetration is able to destroy Object 120 and 906 and anything that's not a main battle tank. The 1,140 m/s velocity may, however, make long-range engagements more difficult, especially when dealing with moving targets. 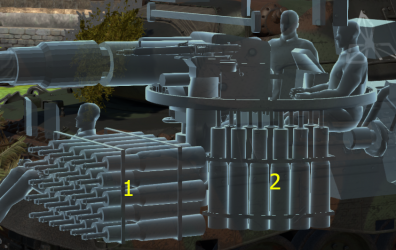 Development of a Leopard 1 fitted with the 120 mm L44 cannon began as a private venture of the Rheinmetall company, hoping that such a Leopard 1 variant would be of interest, not just to the German army due to logistical commonalities with the Leopard 2 and higher performance of the gun, but also to international customers seeking third generation MBT features on older machines.

In the early 1980s, a Leopard 1A1A1 was modified with a thicker cast steel mantlet, suitable for mounting the Rheinmetall 120 mm cannon, and additional interior changes to hold the respective ammunition. Further changes were applied in early 1985, with the installation of the EMES 18 fire control system from the Leopard 1A5.

Although there were several different prototypes based on Leopard 1 outfitted with the 120 mm Rheinmetall cannon, none of them managed to justify a costly large scale upgrade effort of existing Leopard 1s. The upgrade was largely considered redundant due to the already more advanced Leopard 2 being in service.

Similar vehicles of the era that were up-gunned