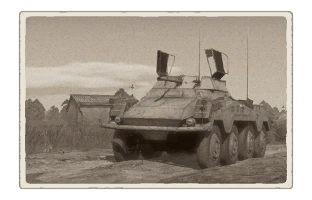 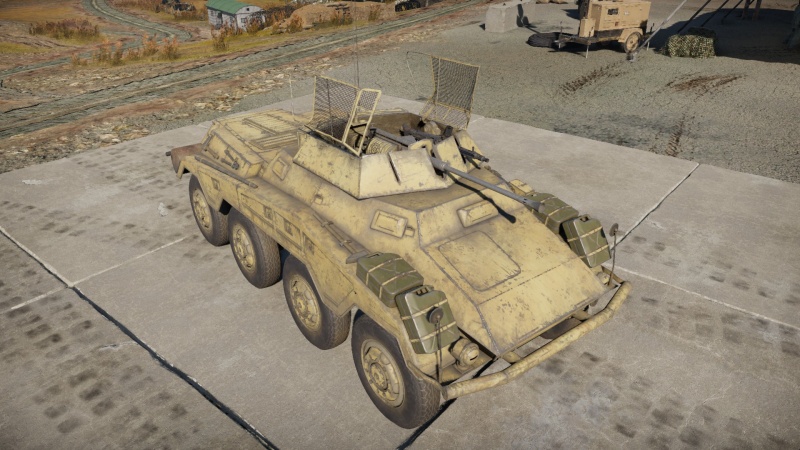 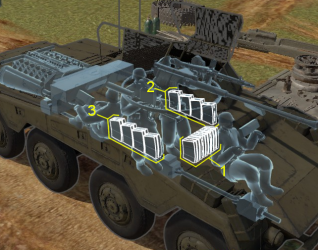 Even though the armour of the Sd.Kfz.234/1 is lacking, it can still bounce a hit or two from low-calibre guns from the front if lucky and when played to its advantages it can become a vital part of achieving victory over the other team. This armoured car has two main things going for it: excellent mobility (with max speeds of 90 km/h RB, 100 km/h AB) and a very effective, fast-firing autocannon with Pzgr 40 rounds that have exceptional armour penetration, where it can decimate enemies at both close and medium ranges.