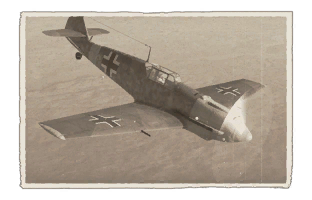 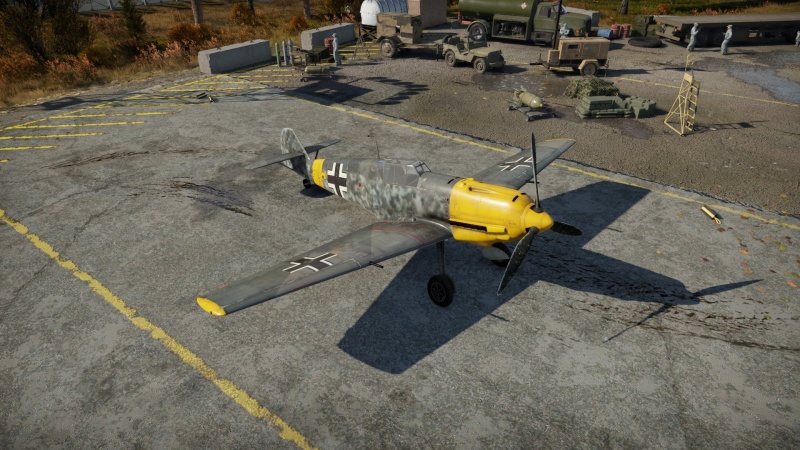 The Bf 109 E-7/U2 is a premium gift rank II German fighter with a battle rating of 3.0 (AB/RB/SB). It was introduced in Update 1.53 "Firestorm". It became available as a trophy chest reward in the Warbonds shop in April 2018, but is currently a rare vehicle that can only be obtained through the Marketplace.

While essentially the same plane as the E-3, the E-7 overcomes the inadequate MgFF for MgFF/M, featuring the fantastic 'minengeschoße'. With two wing-mounted MG FF/Ms with 60 rounds each, the plane has an even more deadly punch, attributed solely to the new installed HE-20mm-shell. Fighting in the E-7/U2 is essentially the same as with all E-frame 109s.

Remaining a great energy fighter versus its historical opposition, the E-7 is somewhat troubled by the fact that it often faces mid-to-later war planes such as the P-47D. To engage these, make sure you have a clear energy advantage or, if attacked, fly defensively and attempt to bleed the enemies speed while pulling him down. The Bf 109 E-7/U2 is often not regarded as a good turner, a reputation coming out of the fact that its main rival, the Spitfire, simply did it better. However, especially with combat flaps, the E-7 is a respectable turner able to out turn most planes that outperform it. Keep in mind though that one of the changes from E-3 to E-7 increased the frame's weight. Flat turning should only be reserved for extreme situations. 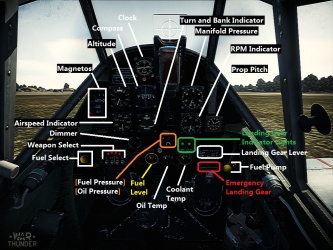 Just as the with the E-1, new players should adopt a hit and run tactic with the Bf 109s. While often called Boom & Zoom aircraft, the 109s are not dedicated Boom & Zoomers and many other aircraft such as the FW 190 do it much better. While it is true that a pure Boom and Zooming approach can be used in the 109s, limiting oneself to this undermines ones plane efficiency enormously. That said, the 109s does build up speed fast in a dive and they have a respectable zoom climb that ends in a strong sustained climb at ~270 km/h [optimal climbing speed 260 km/h - 280 km/h]. Doing so will often see the player with the maximum speed or altitude advantage he can have over his chosen target. A straight-up bounce, with a short extend from the target and a slowly increasing climb leading into an Immelmann tends to work best for rookie pilots. Remember to check your six and surroundings during the climb and just before diving back on your target.

The E-7 was used extensively in "Operation Barbarossa" (invasion of USSR), it was eventually replaced by the Friedrich. Old machines remained in use though by other Axis nations, such as Romania and Hungary.