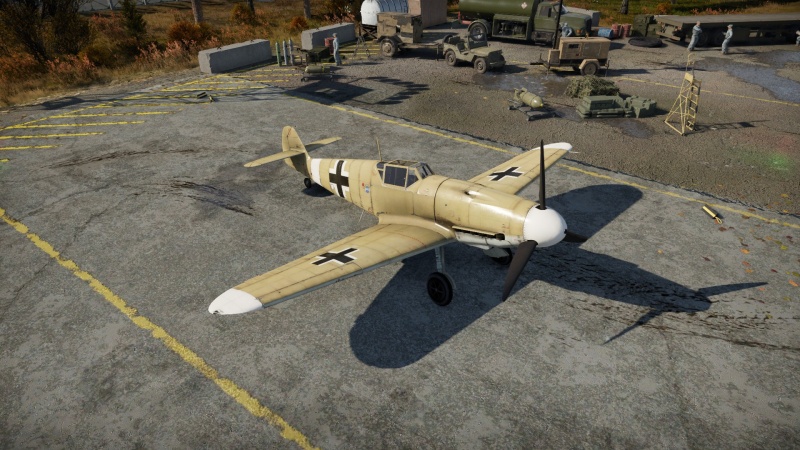 Unfortunately, the F-4's 15 mm additional gondolas do not increase the damage output much at all while reducing flight performance. However, it is recommended you at least use it at least once to see how effective it is because depending on how you play it can really boost your firepower abilities. The 15 mm cannons are a trade-off for manoeuvrability, but this additional firepower can help rip the wings off anything you face . For example, if you prefer to get into a dogfight, the additional weaponry will not be noticeably effective. However, if you fight in the vertical, where level speed and agility is not necessarily the most important, the additional MG 151s can mean the difference between downing a plane or nothing at all.

Energy fighters require acceleration, they live by it. Therefore most of "flight performance" upgrades are advised: Compressor, Engine and Engine injection. Meanwhile, the upgrades for the hub-firing 20 mm MG 151 should not be forgotten, especially the upgraded belts (Air targets).