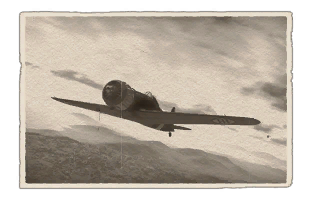 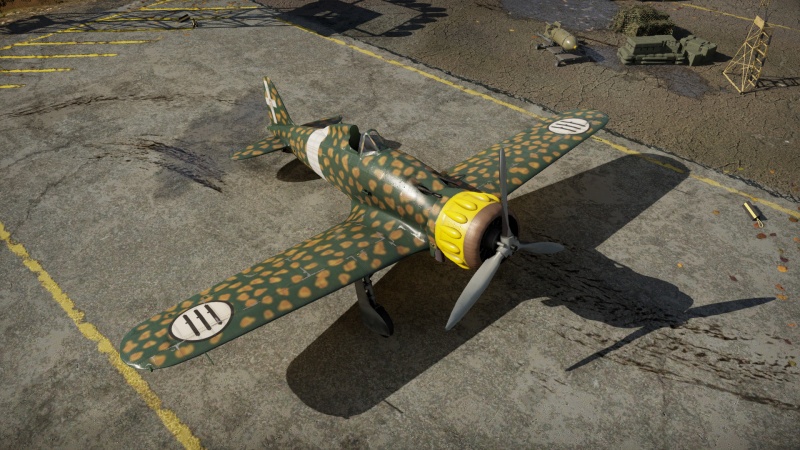 The Macchi 200 is a standard fighter of the German tree. It is moderately armed for its tier, consisting of two 12.7 mm Breda-SAFAT machine guns firing through the propeller arcs. The M.C 200 is a fairly typical pre-war Italian design, moderate speed combined with good rates of turning, and high-speed tolerance while maintaining good controls at all speeds. Furthermore, the MC 200 is a capable climber, easily matching a lot of planes that it will regularly meet in its BR range. It is fairly tough, capable of taking hits and returning to the airfield for repairs. However, it does have its issues as well, most notably the poor engine power which results in poor acceleration and, much like all Italian designs, it suffers from poor armament as well, although given the lower BR then the Folgore, this is less of an issue. Furthermore, as of 1.55, its payload is not modelled, so it does not carry bombs, meaning it is a poor ground attacker. Being only able to harm soft Ground targets.

In general, it is recommended to climb as much as you can before engaging, a good 3,000-4,000 m is important, as it can be used to get some extra speed once needed. In combat, it can engage in a wide array of moves. The decent energy retention and high speeds it can attain, about 800 km/h before it begins to redline, means it can be used for Boom and Zoom, or to get away. Furthermore, it's a good turn-fighter, it outturns a lot of planes it faces, the exception being biplanes and Japanese aircraft. However take care, the engine is not the most powerful, and accelerating is problematic, so it is important to watch the speed carefully in combat. This becomes especially important as the engine is also quite prone to overheating when WEP is engaged, though it cools fairly quickly on 100%.

For the armament, the same applies to all other Italian aircraft; generally you want to use "Omni-Purpose Belts", they have that kinetic energy that you deserve to kill enemy planes and the " I- Incendiary" shell that works better than the IAI in terms of setting enemy on fire due to the fact that IAI isn't well modelled in-game. Shell velocity is low, hence they suffer above 300 m, so only fire at or below that range for best effects. Furthermore, much like the other Italian fighters, the armament is woefully inadequate to deal with bombers, hence it is best to avoid them entirely, or focus on taking out the engines. The only exceptions are the very early biplane bombers, such as the Swordfish Mk I, Po-2 and the likes.