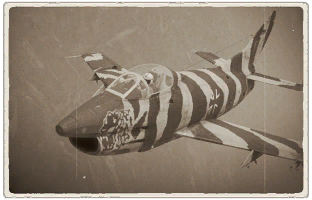 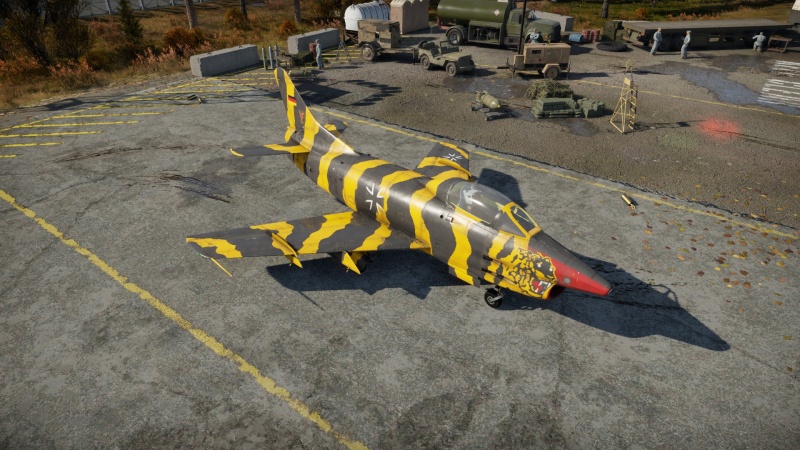 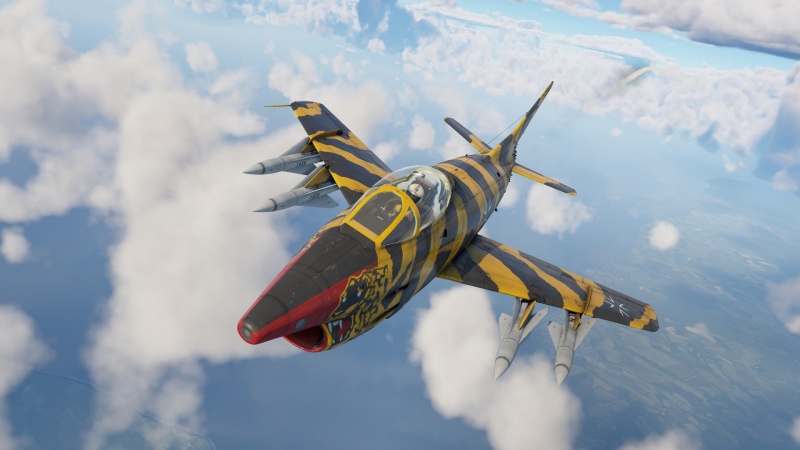 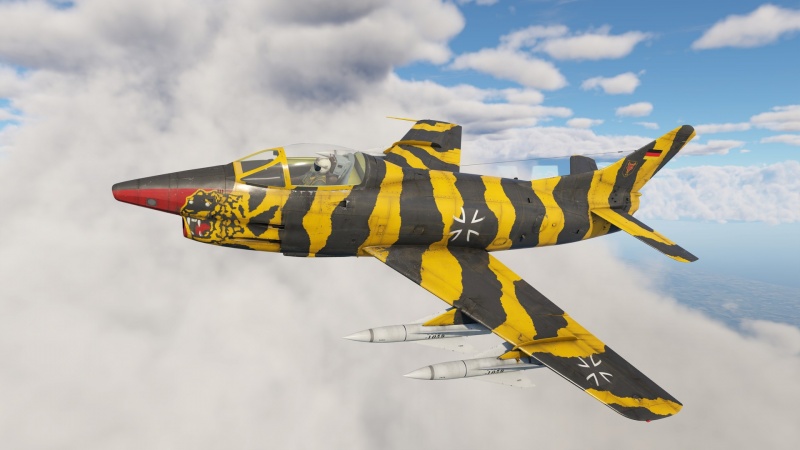 . It was later added to the store as a premium pack in Update "Ixwa Strike" until it was removed after the 9th Anniversary Sale.

The main difference between the R/3 and the R/4 is the armament choice. While the former has more powerful cannons, it lacks the capability to mount air-to-air missiles while the later is the opposite, weaker machine guns but it is able to use air-to-air missiles.

Featuring a wide range of ordnance, the G.91 R/4 can be equipped for any role from ground to air combat, though it prefers air superiority.

The M3 Browning is a new weapon in the German arsenal at rank V and compared to the previous experiences a let down. The rate of fire is phenomenal, but the small calibre and ammo size put a serious damper to the mood, that is in comparison of course. In practise and with good aim, it can easily shred four fighters. The high bullet velocity and fire rate is quite the advantage in the fast pace world of jet combat, ensuring hits in deflection shots were the lower rate of fire found in the Soviet jet fighters might have failed the pilot.

Yet one will always look onto greener pastures, especially as the Gina only has four guns unlike all other Browning armed jets. No matter how you turn it, the armament is only manageable with skill and outright bad for a beginner.

For air-to-ground purposes, the G.91 R/4 is similar to the G.91 R/3 in loadout options, sharing the same FFAR Mighty Mouse rocket option as well as the choice of a pair of 500 lb bombs. However, the G.91 R/4 must sacrifice half of its machine guns to carry 4 x AS-20 Nord air-to-ground missiles.

Air-to-air ordnance selection is where the G.91 R/4 stands out from its brethren; the G.91 R/4 is able to load the unique AA-20 Nord air-to-air missiles; keyboard guided missiles with a 15 metre proximity fuse. Unlike infrared-guided missiles in War Thunder, the AA-20 Nords do not warn targets of a missile launch giving R/4 pilots the element of surprise, and the Nord's proximity fuse increases the chance of long-range launches striking a target as well as successful head-ons, though these perks come at the demand of a much higher skill floor for usage.

The G.91 R/3 was the primary West German variant of the Fiat-made light fighter, with 50 built in Italy and another 294 under license in West Germany. It had more powerful armament, added two wing hardpoints, and improved avionics compared to the Italian G.91 R-1s. The 50 R/4 that followed were identical to the R/3 other than in terms of armament. The R/4 supposed to have been sold to Greece and Turkey, but after that sale fell through they entered West German service instead.