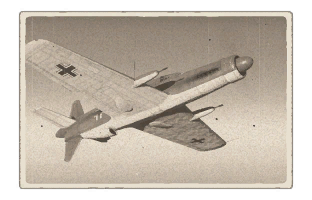 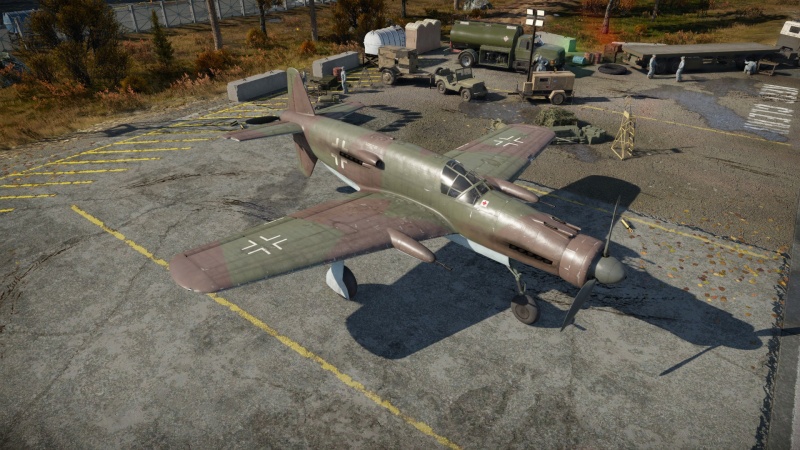 Its three 30 mm and two 20 mm cannons are able to make short work of any enemy vehicle which may try to oppose this unique plane. Not only that, it is able to carry up to 1000 kg of bombs. Its airframe is one of the strongest in the game. It is able to take hit after hit and can survive hard landings without too much critical damage. When the enemy is on your six o'clock, the rear engine is the most common part to be destroyed during that engagement. If the enemy is coming from the front they will very likely destroy the front engine or knock your pilot out. However, having one of the engines destroyed will not cause a large problem apart from a slower plane. Nevertheless, you should immediately disengage and return to base to repair.

The Do 335 B-2 can be outfitted with the following ordnance:

The three 30 mm cannons make it easy to shoot down even the heaviest bombers the plane will face even in an up-tier. Load the anti-aircraft belts, set the gun conversion to 800 meters, put the plane in a 15° climb to get to bomber altitudes quickly and you can snipe away every enemy bomber that crosses your path. Aiming the 30 mm cannons can be hard at first, but they have a relatively shallow learning curve and seeing enemies explode is quite rewarding.

While it does not have the capability to turn, accelerate or climb (sustained) quickly as might an energy fighting aircraft, it can be used to make quick, swooping attacks on enemy bombers, and in a limited capacity, fighters. Advantaged by its swift dive acceleration, Boom & Zoom is a viable tactic; however, it should be noted that prolonged engagements with enemy aircraft should be avoided, as energy fighters will quickly deplete its momentum, and turn-fighting aircraft will easily outmanoeuvre this lumbering aircraft. Instead, diving on a target with a lower energy state (it is permissible to engage some slower aircraft in level flight as the 335 can reach speeds well in excess of 450 km/h within seconds of levelling the aircraft out of a climb) and then simply running away and zoom climbing out of range if the target is not killed on the first run is a significant advantage for DO-335 pilots who wish to return home alive. It may take several runs to kill a target, even with the heavy armament possessed by this aircraft, however, momentum conservation is a key advantage of the 335, and multiple swooping attack runs disallow slow, "walking" adjustment of fire by bomber turrets, and can deny a turn-fighter an opportunity to attack, and potentially significantly drain them of energy. Targets in a higher energy state (More altitude and/or speed) should not be engaged unless you can ensure that once you have followed through with the attack run, you will be moving fast enough to avoid retaliation by the target.

The Do 335 is fast in a dive but flies like a brick. Out-turning it is easy in almost all other aircraft it will face. Due to the centre-mounted cannons, it is best to avoid head-on attacks with it.

Taking off and landing

The 'Pfeil' has a rare push-pull design, with large twin vertical stabilizers with pusher propeller mounted behind it.