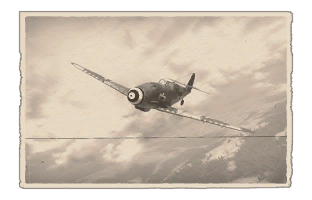 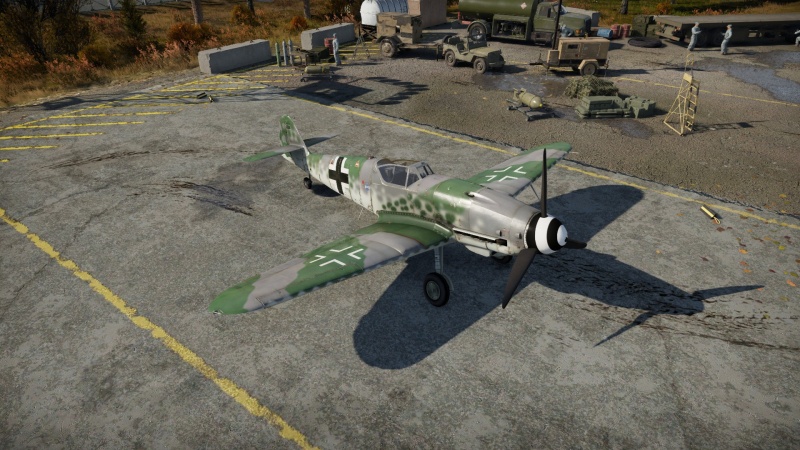 Not very different from the Bf 109 Fs and other Bf 109 G variants, the G-10 can only be readily identified by its paint scheme. Unfortunately, the other camouflage (I./JG 27) can be mistaken for a Bf 109 G-6 but can be differed from a Bf-109 K-4. Unlike the G-2 and the K-4, the tailwheel is not retractable, however, any resulting drag is negligible.

The two machine guns are in the upper part of the fuselage just in front of the cockpit. The 20 or 30 mm cannon is mounted to fire through the propeller shaft and out the propeller hub.

The Bf 109 G-10 can be outfitted with the following ordnance: 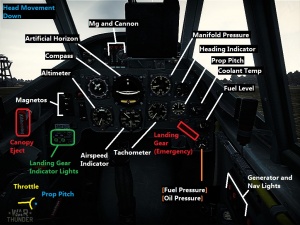 The Bf 109 G-10 is a 109 that does not change very much in terms of gameplay. It fits in between the Bf 109 G-14 and K-4. It's a well versed universal fighter being able to perform well both in dogfights and hit-and-run tactics.

Bf 109 G-10 behaves like most other 109 models, a battle-tested universal fighter, being able to perform most tasks that it will face. The G-10 can take 2 additional 20 mm MG 151 gunpods, or 30 mm MK 108 gunpods, to increase its firepower over fighters, as well as the tougher attackers and bombers. However, equipping these will come at a cost of speed, manoeuvrability and climb ability, they don't affect the plane heavily but can be costly if the 109 G-10 gets into a disadvantageous situation. However, the extra firepower will deal with most enemies swiftly and if properly used, the Bf 109 G-10 can be a dangerous foe.

One of the best tactics is to use the aircraft's decent climb rate to get above most of the enemy team. This could be American fighters, however, Spitfires will be the most likely enemy to outclimb the Bf 109 G-10. The best tactic to attack enemies below is to dive on them (Boom and Zoom), if they turn, pull up immediately to maintain your altitude advantage, and reduce the risk of the enemy getting guns on target. Another good tactic to use would be to fly over an enemy and try bait them to climb up. When they do this, fly away to gain some distance and do a large circle around them. It is crucial that one keeps distance to the target as it could end up with the G-10 being attacked while it is turning and will be easily shot down if it's too close. After a couple of seconds, the enemy aircraft will likely stall from trying to climb, it gives the G-10 an opportunity to shoot the plane down. It is important to avoid using this manoeuvre with Spitfires as they will likely be able to climb up to the G-10's altitude and shoot it down before they stall. If a Spitfire is above the Bf 109 G-10 and tries to dive on the G-10, perform a split S to avoid it, if it follows pull back the throttle and wait for its zoom climb to shoot him down in the back, but it will most likely rip the wings or enter a G-force induced loss of consciousness (G-LOC).

Bf 109 G-10 is not only able to fight for air superiority, it's also able to carry a single SC250JA (250 kg) to be able to deal with most ground units, being able to drop the bomb swiftly and accurately on its target. Bf 109 G-10s can easily achieve air superiority for the team if properly used in ground battle games, covering the team from enemy fighters and bombers which can change the outcome of the battle. It can also do CAS (Close Air Support) to protect allied vehicles from either a superior enemy or a dug down enemy.

The Variable-speed supercharger allows for Bf 109s to maintain maximum engine power at enemy fighter supercharger gear switch altitudes. At these heights, an enemy plane will be either gain no benefit from WEP or be forced to prematurely switch to the next gear, which draws more power from the engine to drive the compressor. Supercharger gear switch varies from plane to plane (as well as with airspeed and temperature), but typically is between 3,500-4,500 m for Spitfires, P-51s, and F4U-4Bs.

The Bf 109 G-10 was a variant of the already successful Bf 109 series. The G-10 was the combination of a Bf 109 G airframe with a DB605 D-2 Engine, the aircraft was built in the factories of Erla, WNF, and Messerschmitt Regensburg. Even though being called a G-10, the aircraft was in production after the G-14, the sole purpose was to produce a fighter better than the G-14 until the K-4 could take its place.