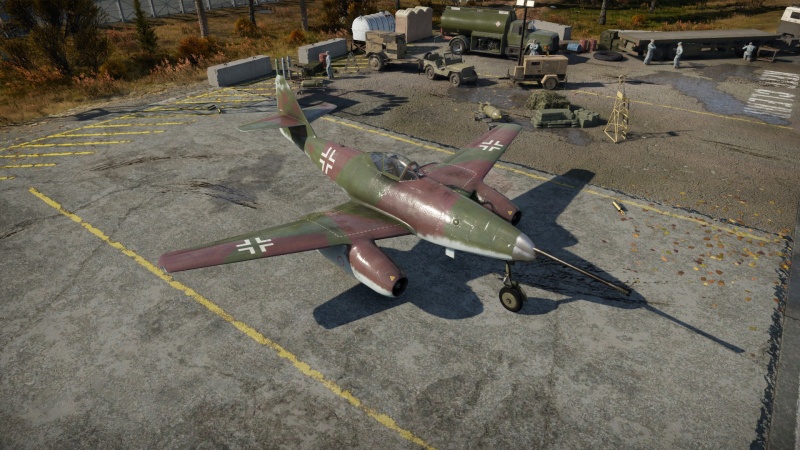 Compared to other fighter-jets, the "Pulkzerstörer" has an extraordinarily long-range hitting power. A long-range shot can be attempted! Do not be afraid to shoot from up to 1.2 km away, as the 50 mm is very accurate especially when the upgrade is unlocked. Furthermore, AI gunners will not engage you if you are attacking from farther than 660 m.

When used against ground targets other than AA batteries and lightly armored vehicles, the HVAP or AP-T belts will be effective. Medium Tanks will be destroyed by one direct hit with either type of shell from most angles, though the HVAP shells are more forgiving in this area, and can destroy Heavy Tanks if shot in the sides, rear, or roof. Light Pillboxes can be destroyed with a few hits using a high-angle dive (shooting through the roof), and from the side they can be destroyed by 4-5 hits; but in order to make sure you can pull out in time, start firing from a distance away if you want to destroy it in one pass. in Ground battles, use the same tactics. Equipping the AP-T belt is the most versatile if you are unsure of what types of targets you will hunt, as each shell contains an explosive filler which is more likely to detonate ammo or ignite fires in tanks or SPAA's of mixed battles, and will also deal adequate damage to any aircraft, especially if aimed at a larger module like an engine, in which it will explode.