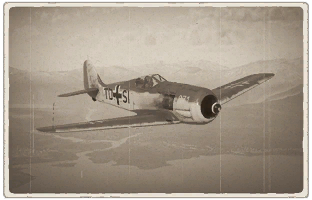 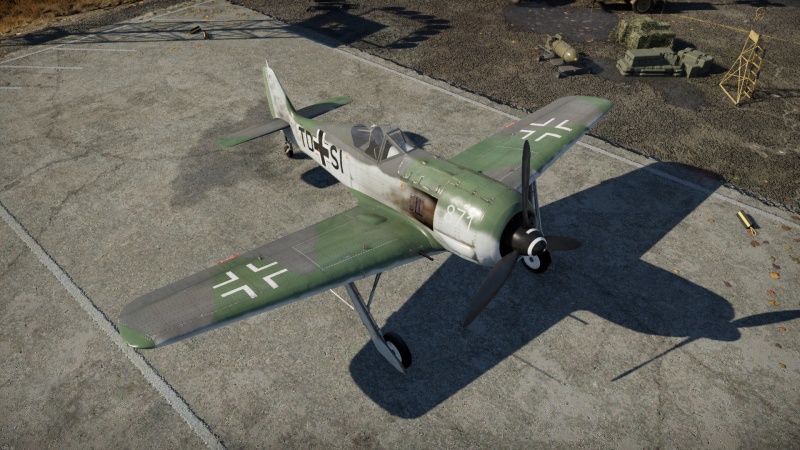 The Fw 190 A-5/U14 can be outfitted with the following ordnance:

In a torpedo bomber role, the Fw 190 needs to maintain low altitude to release a torpedo. The "fragile" characteristics of the torpedo makes a torpedo run complicated, as the torpedo has to be released on low speeds, making the aircraft more vulnerable to ship AA and other enemy aircraft. Launch the torpedo at a distance of 800 m to 1 km. After release, quickly break off from the run and gain altitude, either returning to the airfield to rearm or engage enemy aircraft.

The Fw 190 A-5 U/14 is an excellent fighter. It has great energy retention in a dive, and an excellent flight performance at higher speeds. As such, it should be used as a Boom and Zoom fighter, as its inferior turn rate will make a turnfight end badly for you. The torpedo bomber role is best used in naval battles, as the torpedo severely impacts the flight performance.