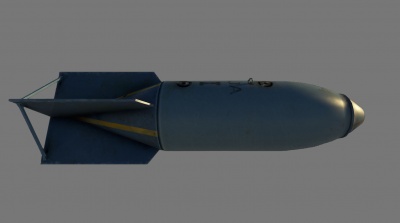 It is powerful enough to destroy armoured targets such as tanks and pillboxes, but many are needed to destroy bases because of the relatively low explosive mass.

Fighters and strike aircraft carrying only one or a few SC250JA bombs should usually attack ground targets instead of bases.