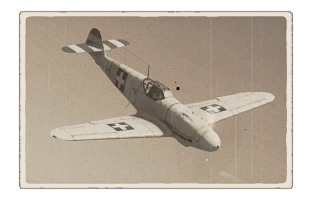 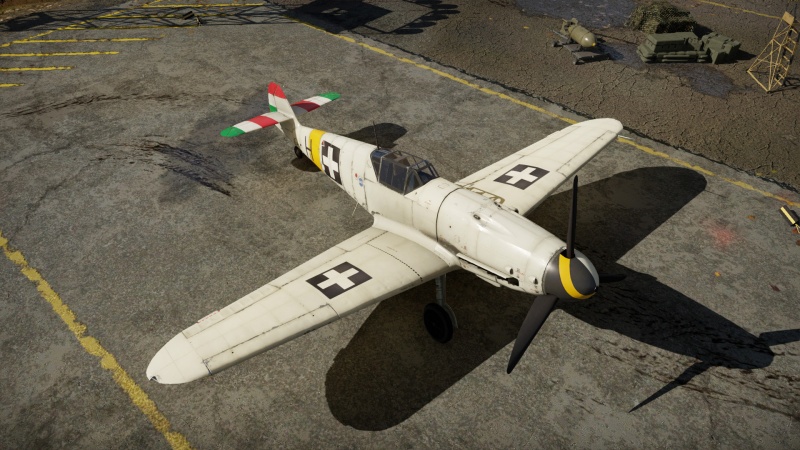 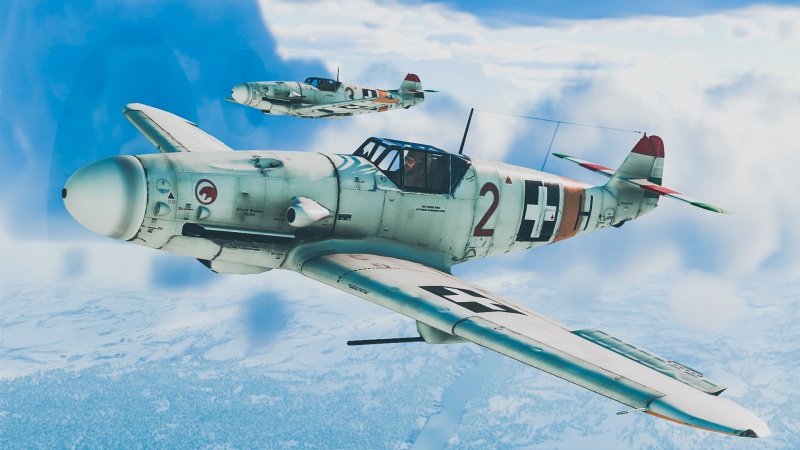 The Bf 109 G-2 (Italy) can be outfitted with the following ordnance:

The Bf 109 G-2 was designed as a fighter aircraft and thus excels in the role of it. It reaches its maximal performance with of course no secondary weapons equipped. However, if one 20 mm MG 151 is not sufficient, especially against bombers, utilising two extra MG 151 in form of gunpods will noticeably increase firepower at the expense of a slight loss in flight performance.

When facing any bombers (e.g. B-25, B-17, Wellington, Yer-2) one should never simply stay behind them and spray the guns all over the bomber. To take out any bomber effectively, the best tactic is to come in with high speed out of a steep angle and focus the guns on just one wing. This will give the bombers' gunners a harder time to ward off the attacker, whilst focusing on only one wing increases greatly the chance of a critical hit, either snapping off a wing or making the bomber uncontrollable. Since it can be quite hard to snap off a wing of a bomber with "only" one MG 151/20, it is highly recommended to make use of the previously mentioned 20 mm MG 151/20 gunpods.

The G-2 can also be used as a fighter bomber. To fulfil this role one has the choice between either one 250 kg bomb or four 50 kg bombs, which are dropped in pairs of two. The 250 kg bomb is quite easily capable of destroying hard ground targets like pillboxes and tanks, while the 50 kg bombs can only crack such targets with a direct hit/detonation on target. Please note that only on rare occasions it is helpful to waste the G-2s fighter capabilities with ground attacking in order to achieve victory in a mission.

Arcade Battles: The G-2 in AB has a massively elevated performance. Climb rate is insane due to the lack of engine damage from overheating and performance losses from the 2 gunpods are almost nonexistent or unnoticeable. The aforementioned gun pods greatly improve the damage output, important for the fast past action in Arcade. Although in a true one versus one against more agile opponents such as Spitfire Mk.V, one would wish to not have equipped the pods for better agility.

Flying the G-2 in a strict Boom and Zoom style is recommended for beginners in Arcade.

Realistic Battles/Simulator Battles: During a dive, redlining starts at 750 km/h (IAS) and your aircraft breaks apart around 820 km/h (IAS) and until you reach this speed you can not rip your wings off with pulling up. You have access to 20/30/45 minutes of fuel, for most maps 30 minutes of fuel is a good choice.

While in the offence against a fighter in the Bf 109 G-2/trop (i.e. with an energy advantage, ready to engage the enemy either by diving or zoom climbing), a swift pass landing 20 mm hits in the wing should suffice to take down the opponent. If the opponent avoids the attack by applying defensive manoeuvres, the energy the evading opponent lost in the process will put the attacking Bf 109 in an even larger advantage, so 'Gustav' pilots should face this situation as an advantage and handle it patiently, not wasting ammunition nor risking lengthy and risky horizontal turn fighting. The pilot should gain altitude (bear in mind that, without a comfortable distance from enemies, climbing can equate to giving an optimal shot to the enemy), get enough room to position for another strike and finally re-engage the enemy fighter, hopefully striking it down. All these precautions are of course much less necessary when no threats are nearby. In this case, aggressive dog fighting while still relying on the energy advantage can be the quickest way to take any opponent down. At speeds around 350-450 km/h (IAS) the horizontal turning ability of the G-2 is at its finest and can be further improved with the use of combat/take off flaps. The key is situational awareness to realize such opportunities.

As for situations when the Gustav-2 pilot is in the defence (i.e. with an energy disadvantage, prone to being fatally engaged by an enemy either by diving or zoom climbing), either due to not climbing optimally or by facing tough opponents such as the Spitfire F. Mk IX (known for its climb rate), (s)he will likely risk head-on engagements. Head-ons are generally a bad idea because you risk your own machine to take damage. But with the armament of the G-2 which is very accurate and deadly (especially with gunpods), you have good chances to kill or at least damage an enemy at distances of 1.0 - 1.2 km just by firing a burst and then evade the head on with for example a simple downwards barrel roll without taking a single hit. This needs, of course, some experience to hit at these long ranges. Example Video

If the enemy owns the energy advantage, your best bet is to avoid his attacks with simple and energy efficient manoeuvres like the Split-S and climb every time you have the time to. But keep in mind: Slow targets are much easier to hit than fast targets, so convert your altitude early enough to speed to avoid an incoming attack successfully. Another option can be to evade an enemy Boom and Zoom attack with a simple downwards barrel roll, when the enemy overshoots you and starts climbing again you have a small time window to fire a burst at him.

The Bf 109 G (Gustav) is one of the many variants of the Bf 109, created in February 1942 and featured strengthening of the fuselage, better cockpit armour, a wider and better protected canopy, and use of the new DB 605 engine, producing 1,475 HP.

The horsepower was later lowered because with high horsepower the engine had too many problems (for example reliability and temperature). 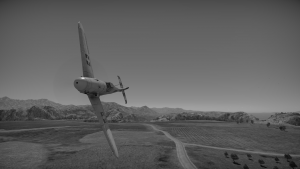 In Hungary, the Bf 109s began to replace the CR.42s in service with the Hungarian air force, and by the end of the war some 490 Bf 109 Gustavs were in use.

By 27 February 1943, the Regia Aeronautica had requested 500 aircraft, this request had specified that the 500 vehicles should be composed of 60% fighters and 40% bombers.

On 22 May 1943, the 9th Group took charge of two Bf 109 G-2s, and made their first training flights, but these were interrupted because a complementary group was formed where they began to train pilots on Bf 109 G-6s.