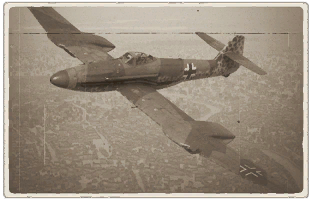 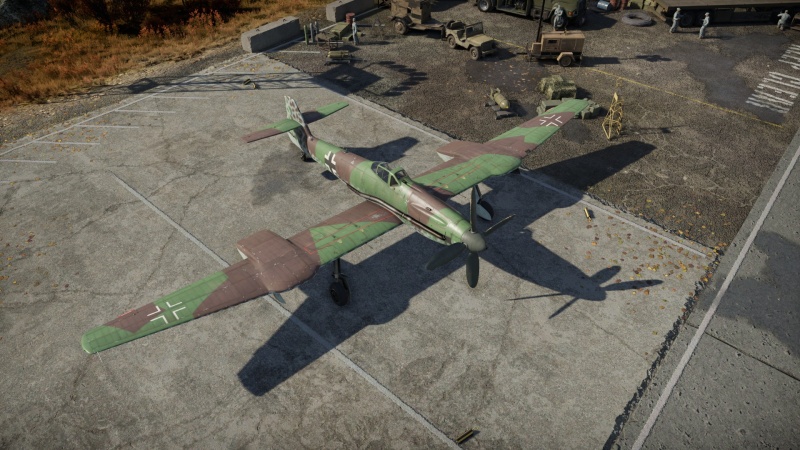 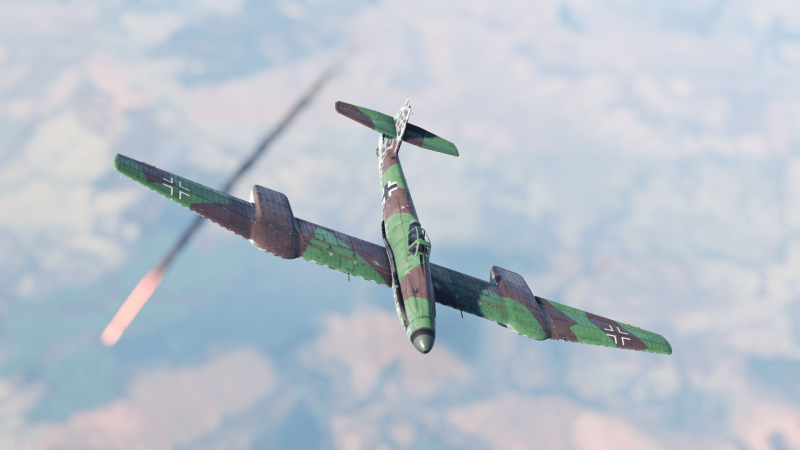 The BV 155 B-1 is a premium gift rank III German fighter with a battle rating of 4.0 (AB/SB) and 3.7 (RB). It was introduced during Update "Danger Zone" as a reward for Battle Pass: Season VIII, "Field Testing".

The BV 155 B-1 has below average energy retention, diving speed and roll rate at altitude below 4.5 km, and it becomes more problematic if you don't have any energy left, making it harder to escape from a enemy with the upper hand or with a higher energy potential than you.

The fuel tank is located in the enlarged wing spar.

The BV 155 B-1 has some similarity with the playstyle of the Ho 229 V3 and you may get familiar to it, you need to keep in mind that BV 155 needs energy to keep its good performance, but at the same time trying to maintain IAS low due its constant compression at high speeds, it means you have to maintain the altitude and energy all the time to avoid any enemy fighter getting the upper hand on you, which means you will have a hard time escaping from it (even bombers such as SB2C may catch you easily), as you bleed considerably in long dogfights and have below average diving speed, bad straight line acceleration and top speed at most common engagement altitudes (3 km and 5 km). But this plane can be very efficient when you get used to its BnZ and turn rate or bomber hunting capabilities (due its very reliable weaponry) while you don't let anyone dive on you and getting more energy.

Ideally, you should not commit to head-on engagements as your only protection is the 57 mm bulletproof glass of the windshield, which is completely inadequate against fighters equipped with cannons.

Ki-43-III otsu - It may outclimb the BV 155 at the beginning of a match and must be avoided if at higher altitude. This plane can rope-a-dope and outturn you, so proceed with caution.

Spitfires - Some spitfires may not seem a threat as they have a very lower performance at high altitude compared to yours, but as it can make you bleed your energy and after that accelerate to catch your tail, Spitfires need to have treated properly as dangerous enemies. BnZ is recommended and dogfights need to be avoided.