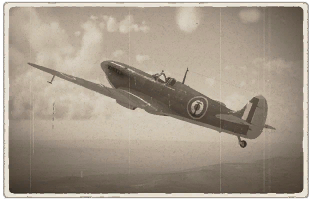 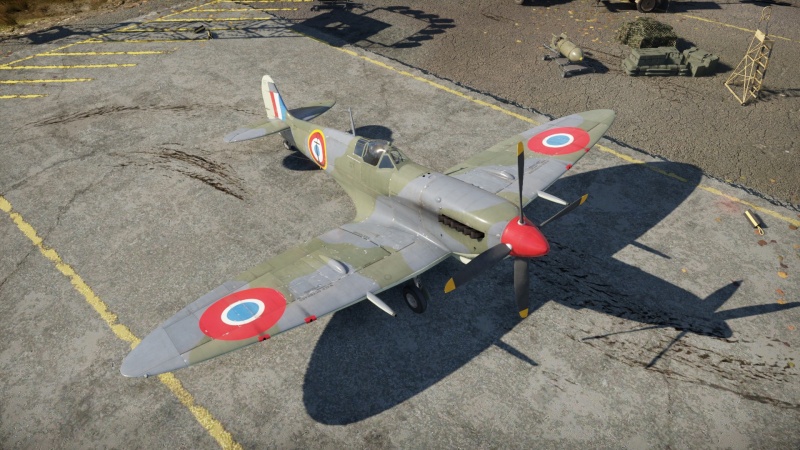 The ▄Seafire LF Mk.III is a rank IV French fighter with a battle rating of 5.0 (AB/RB/SB). It was introduced in Update "Winged Lions".

The Seafire LF Mk.III was developed from the previous Seafire Mk.IIc which was a navalized version of a Spitfire Mk. Vc with modifications for carrier operations. France bought 141 Seafire LF Mk.III after the war and they saw combat above Indochina.

The Seafire has an abysmal climb rate, it is also quite slow for a plane at its BR. Side climbing is advised. The turn time is slightly worse than the Spitfire LF Mk IX but still good enough to outturn most of your foes. The engine overheats rather quickly when using WEP, so avoid prolonged use.

The 20 mm cannon belts should be the first upgrade to be researched due to the very poor stock belt. After that, research the first cannon upgrade module to reduce spread and overheating. Unlock then flight performance upgrades: radiator first due to the rather fast overheating of the engine when using WEP. After that, it is up to the pilot to decide if they would rather profit from better weaponry or flight performance.

The Seafire LF Mk.III (France) is armed with:

The wing-mounted machine guns are very hard to use at distances over 300 m due to their placement in wing. Cannons does not have such issue as they are closer to the wing roots.

The Seafire LF Mk.III is a jack of all trades, but master of none. The Seafire does not climb well, so after start of battle, pilots should side climb, stay at around 3,000 m of altitude and let better climbing teammates tackle the first wave of enemy interceptors, trying to pick off those that managed to dive down. Still retaining great turning capabilities, the pilot is advised to force enemies into turnfighting where they bleed their energy and become vulnerable. Avoid head-ons at all cost due to the very fragile radiator and engine: even a single bullet will take it out.

All the enemies in the list above can outclimb you, and also outrun you with the exception of the A6Ms. However, all those foes (except the A6Ms) can be outturned by the Seafire in an horizontal engagement.