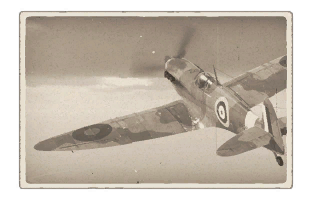 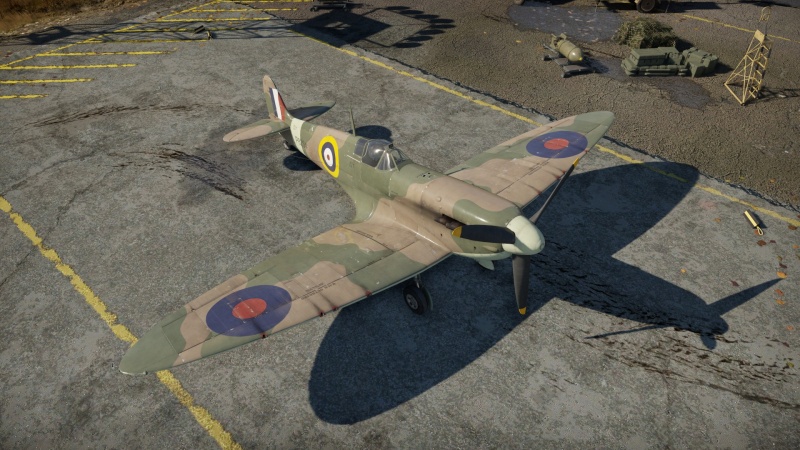 For those who don't historically know much about the Spitfire, in 1940 in the Battle of Britain, the Spitfire flew to intercept enemy fighters because of its speed and agility- the Hurricanes were sent to destroy Heinkel Bombers. This same logic can be applied to War Thunder Realistic Battles- the Spitfire should first climb, using its excellent climb rate, then intercept high patrolling fighters, if possible, bringing them lower. The Spitfire is fast, with a top speed around 600 km/h, although in a straight line, it normally reaches around 460 km/h. Do not head-on in the Spitfire: it can destroy the engine and the gun convergence won't help at all, avoid head-ons and go for turn fights. A sensible opponent will try to energy fight the Spitfire- to avoid destruction, climb quickly away from them, then dart back into their trajectory arc, normally underneath them; the Spitfire can do that, since it has good lift rate- eventually, either the opponent will miss and overshoot, allowing the Spitfire to destroy them, or will dive, which the Spitfire can follow, but be careful- the Spitfire will wing rip at around 500 km/h or less, so don't pull too hard or the wings will fly away...

The Spitfire should climb at the beginning of battle in order to utilise its very good climb rate. It can reliably attain an altitude advantage over the enemy, which allows the pilot to pick and choose which engagements they wish to take part in but you should not fight enemies while on high altitude as engine performance is terrible over certain one.

The Spitfire has a relatively good ammo count, spread between a very high number of guns. But, the 8 machine guns are only 7.7 mm in calibre, and are wing-mounted, meaning that convergence is an issue. This also means that accuracy when firing head-on can be difficult. It is recommended to set convergence at 300-500 m. This plane's guns can also be used against lightly-armoured ground targets such as artillery, AAA, or howitzers.