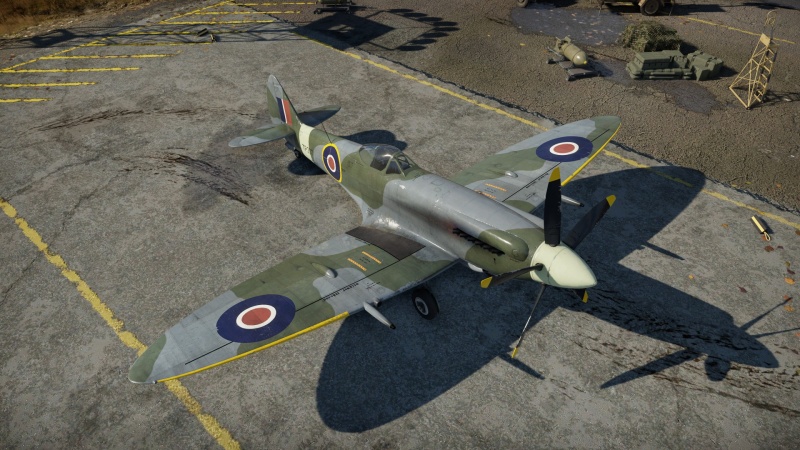 Additionally, this vehicle can mount up to 1,000 lbs of bombs or 8 RP-3 rockets. These can be used in Air Realistic Battles to destroy pillboxes and tanks. Even better, they are deadly in Ground Realistic battles, where they can destroy even heavily-armoured tanks. The quantity of suspended armament available to this aircraft and its very good dogfighting capabilities make this plane very effective in mixed battles: after dropping ordnance to destroy ground targets, the pilot can then shift to an air-superiority role, protecting friendly ground units from enemy attackers and fighters.