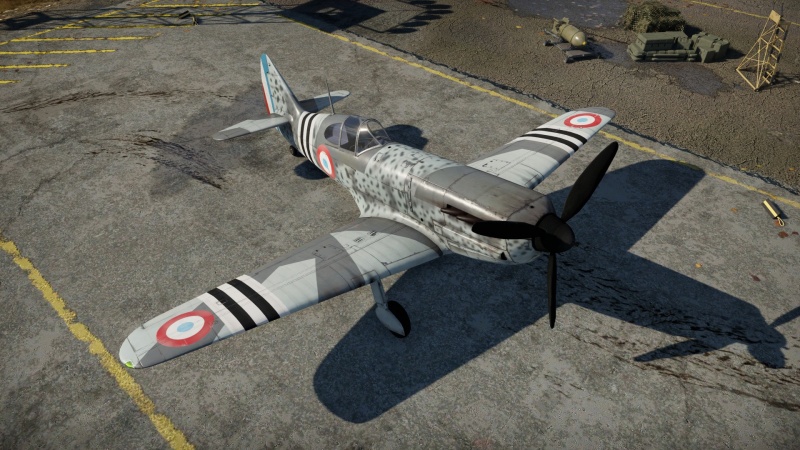 The ▄D.521 is a gift rank II British fighter with a battle rating of 3.3 (AB), 3.0 (RB), and 2.7 (SB). It was introduced in the game during the Open Beta session as a reward vehicle for the June 2013 "Vive la Liberté!" video contest and again for the 2014 "First Flight of Dewoitine D.520" event. The D.521 was a modified variant of the French Dewoitine D.520 which featured a Rolls Royce Merlin III engine and slight armament changes. Only one model was ever produced.