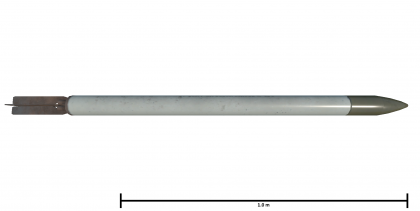 The FFAR was given the nickname "Mighty Mouse" after the famous cartoon character of the time which featured a mouse with superpowers and the ability to fly and was known to sing a famous line "Here I come to save the day!" when he flew into action.