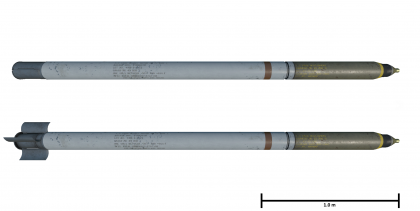 There are 4 rockets per pod.

Zuni Mk32s are truly an anti-everything tool, just like the S-24 air-to-ground rocket albeit with a much better reliability penetrating hard targets due to its HEAT warhead. However, Zuni loadouts tend to be rather heavy in War Thunder, so it is not recommended to be used for air-to-air combat.