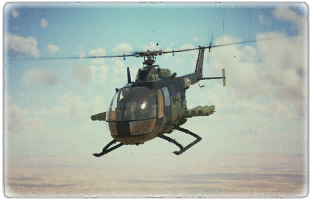 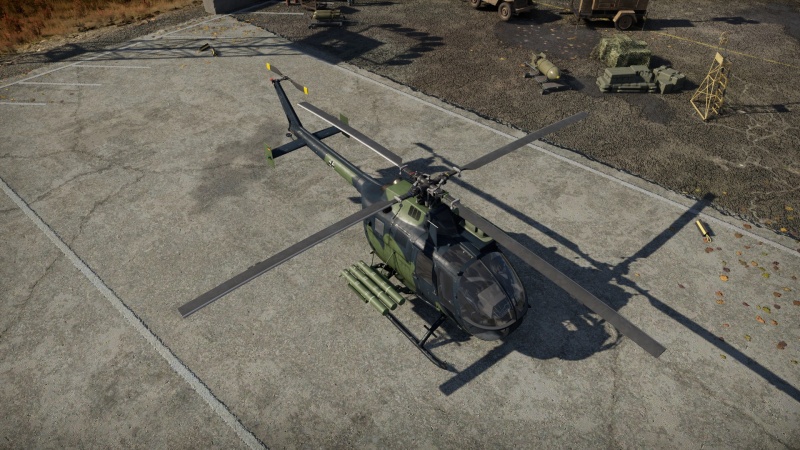 Positioning: Stay at maximum range (3.5 to 3.9 km) to be able to react to incoming fire. This means you need to cancel the forward speed. Do this by pulling back sharply on the cyclic (S key) until your nose points upwards, then activate the hover mode. Use the rudder to orient the nose towards the enemy. This step is important and most pilots fail to stay at range and get shot down by small calibre, main gun or SPAAG fire. Check the battle rating and stay low if you face SAM, otherwise you can safely gain altitude to prevent targets from driving behind cover.

Target selection: From the moment you take off from the helipad, scan the enemy spawn points first, as previously knocked out enemies are almost guaranteed to respawn in a SPAAG. Your primary targets should be anti air vehicles, followed by lightly armoured vehicles, as they present almost guaranteed single-shot knock-outs. MBT can easily be engaged from any angle if you can aim the missile precisely. Consider aiming at closest vehicles first, as this reduces missile flight time and increases your hits per minute.

The BO 105 PAH-1 featured a completely hingeless rotor arrangement, an uncommon feature for helicopters; the main rotor had four blades and the tail rotor had two. The power came from two Allison 250-C20B engines, rated at 420 SHP each. Internal fuel provisions were for 570 litres, but external tanks could be carried to increase the range. The BO 105 series was known for their reliability, almost never breaking down. They were designed so that if one engine was lost the helicopter could continue to fly, albeit with less speed and range. The BO-105 PAH-1 was flown by a crew of two.