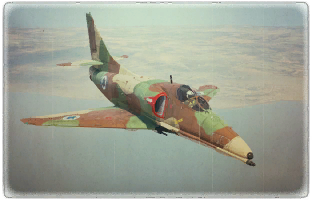 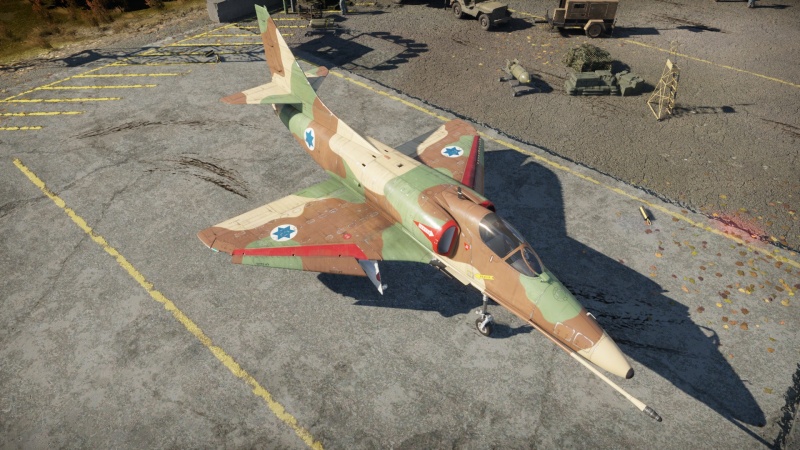 The A-4H Skyhawk is a rank VI Israeli strike aircraft with a battle rating of 8.3 (AB/RB) and 8.7 (SB). It was introduced in Update "Winged Lions".

The A-4H (Israel) can be outfitted with the following ordnance presets:

The A-4H is a versatile aircraft which fits into a wide range of playstyles. Varying from close air support (CAS) to base bomber or even as an air superiority fighter. Players who yield such a tool as the A-4H Skyhawk have a lot of options when it comes to playstyle choices.

For those interested in its CAS abilities, it comes with a wide range of ordnance and a radar warning receiver (RWR). The best way to utilise the plane in this role is to use the ordnance to aid allied ground units in tight situations and clear a path for them to reach their respective objectives. RWR will help you by making you aware of any enemy or allied anti-air systems that choose to make you their prey.

For those interested in Air Battles, there are multiple ways you can make yourself an asset to the team. You can use your very respectable bomb and rocket payloads to help allies destroy enemy bases and ground units to bleed tickets.

The A-4H can also go in light as an air superiority fighter. The plane has a good rate of climb and roll rate, meaning you can employ hit and run tactics on your opponents, or go all-in and get personal with the enemy aircraft. The A-4's biggest opponents are the MiG-15/17 and G.91 R series. The A-4H is a very capable plane in the right hands but is hard to fly, especially against a proven aircraft such as the MiG-17. The poor energy retention can put you at a huge disadvantage against such opponents if you are not careful in managing your air speed. This means that you should only engage in tight and personal fights when you are sure you can finish them quickly and escape. For those who are newer, staying close to teammates and helping each other is generally a very effective tactic in the A-4H and generally yields the best chance for survival and success in the Skyhawk. For those more daring, flying solo is very possible but requires and higher level of awareness and tactical knowledge, the unforgiving nature of the plane depends on it.