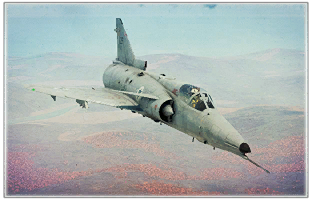 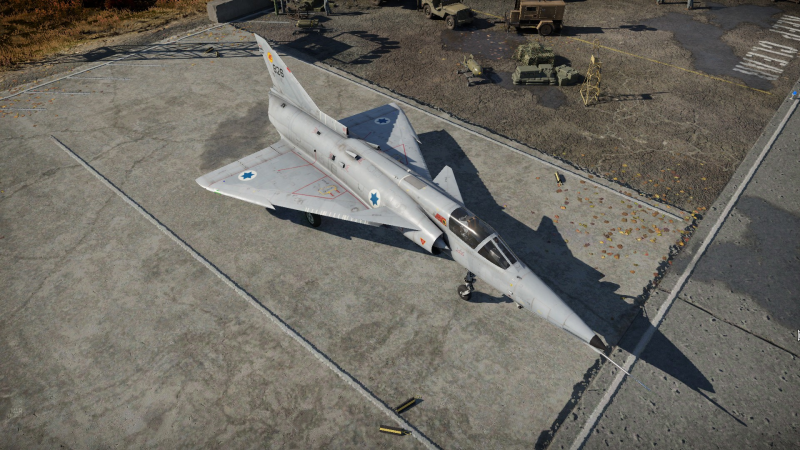 The Kfir C.2 is armed with:

The Kfir C.2 can be outfitted with the following ordnance presets:

Operationally, the Kfir fighters from the first production series revealed a number of flaws in their design, in particular, an increased mass compared to the Mirage, as well as a forward shift in balance due to the greater weight of the suspended weaponry that affected the controllability and turn rate. To eliminate these concerns, the engineers proposed equipping the fighter with canards in the air intake areas, as well as installing aerodynamic ridges to redirect the airstream from the nose and provide a vortex around the canards. A dogtooth appeared on the leading edge of the wing that was intended to increase the lateral stability of the aircraft at high angles of attack. As a result, maneuverability at low speeds increased, and takeoff and landing runs became shorter. In addition, the new Kfir modification also received two additional weapon suspension hardpoints. The modification of the fighter with canards entered service with the Israeli Air Force in 1977 under the designation Kfir C.2, in addition to new machines, most Kfirs from the first production series were upgraded to the C.2 level. Aside from Israel, Kfir C.2 was in service with the armies of Colombia, Ecuador and Sri Lanka.