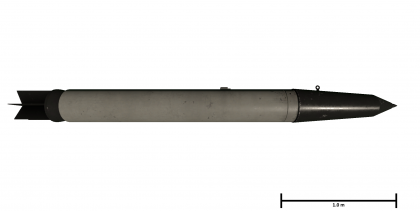 The Red Angel is very similar to other large rockets, such as the Tiny Tim or Uncle Tom. It's a large, slow rocket, with a devastating payload, that usually doesn't even need a direct hit to destroy even heavily-armoured targets.

The Red Angel was designed as an anti-ship rocket and is best used as such.